France is experimenting with drones as a means of spraying pesticides so that by 2021 it may launch the practice as it could lead to more precise treatments, as well as a reduction in the use of phytosanitary products. EURACTIV France reports.
Opinion

The evidence is clear: to secure a thriving future for people and planet we need to collectively transform our eating patterns towards healthier, more plant-rich diets. The EU’s common agricultural policy (CAP) can facilitate this transition. But several misunderstandings hinder progress.
News

Lawmakers in the European Parliament's environment committee have voted for a reduction in subsidies going to intensive farming under the common agricultural policy as of 2021. EURACTIV France reports.
News

The European Commission and the EU farmers association (Copa Cogeca) both dismissed a report conducted by Greenpeace as groundless and simplistic. The report argued that animal farming in Europe was using too much agricultural land.
Opinion

Earlier in September, the European Commission registered a new European Citizens’ Initiative (ECI) called END THE CAGE AGE, which aims to put an end to the most appalling symbol of industrial animal farming – the cage, writes Olga Kikou.
News

Olivier De Schutter, a co-chair of the international expert panel IPES-Food, calls on the European Commission to lay the foundations for a Common Food Policy. EURACTIV.fr reports.
Special ReportNews

L’Abattoir, one of the biggest urban markets in Europe, built in an old slaughterhouse, could well be seen as a symbol of circular economy as it has become a source of income for the poor while promoting sustainable farming on its rooftop.
News 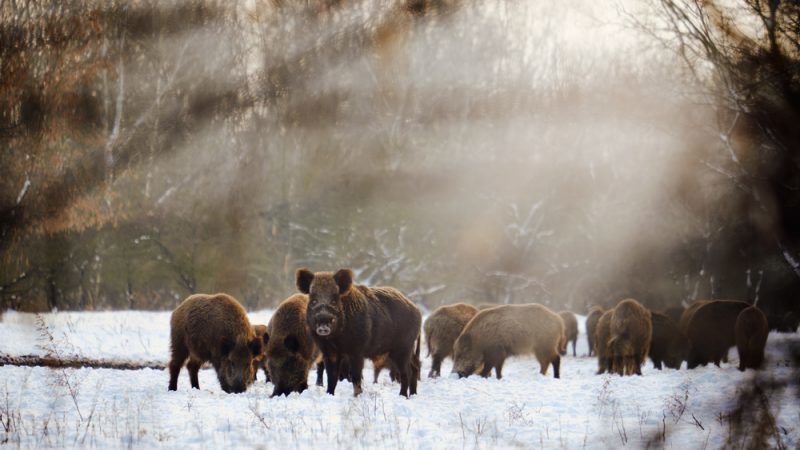 Poland has decided to build a wall on its eastern border by 2020 to effectively tackle swine fever. The aim of the wall is to prevent wild boars carrying the disease from entering the territory, a decision that is far from convincing experts.
News

The 44 million workers in the EU’s food chain are vital to ensuring European citizens have access to sufficient quantities of high quality food. From farmers to retailers, the sector is constantly evolving to keep up with the major challenges of the future.
Interview

The leader of Britain's farming union, Meurig Raymond, hopes that the agriculture-related decisions made in London after his country leaves the EU will be more science-based and less emotional than is currently the case in Europe.
Opinion

Britain's withdrawal from the EU undoubtedly carries risks but it may also create the opportunity to build a greener, more efficient, and innovative farming sector. If this happens, Ngaire Woods argues, the EU and other economies might follow suit.
Opinion

It's no secret - farming is declining in popularity. All over the world, young people are put off by the long hours and low pay and this is a worrying trend. That's why we need a new generation of farmers, explains Adrian Percy.
Special ReportNews

Some 70% of the world’s food is grown by smallholder farmers, the majority in the developing world, who will have to help output double by 2030 to keep up with population growth, a panel of experts at the European Development Days in Brussels heard on Thursday (8 June).
News

Farmers in North-East England are fed up with Brussels. But they are counting on the British government to fill the gap left by EU funds until 2020. What then? EURACTIV’s partner Ouest-France reports.
Interview

Africa’s rapidly growing population has made youth employment a major issue. While businesses are offering increasing numbers of jobs, agriculture will continue to be the main source of employment for young people, Céline Gratadour told EURACTIV France.
Opinion

The UN’s special rapporteur on the right to food has issued a damning indictment of the harmful effects of pesticides on flora, fauna and human beings. EURACTIV’s partner Journal de l’Environnement reports.
Interview

The European executive will reform the Common Agricultural Policy (CAP) by the end of 2017. José Bové and Éric Andrieu argue for an agricultural system that puts the environment, human health and small businesses first. EURACTIV’s partner Ouest France reports.
News

As France launches an investigation into Carrefour’s unfair business practices, a new Brussels report has called for the relationship between farmers and supermarkets to be rebalanced. EURACTIV France reports.
Infographic