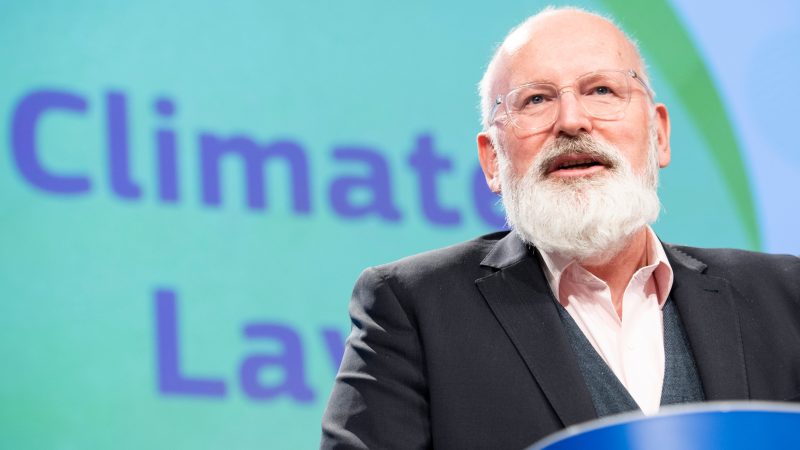 Our historic duty: A more resilient, inclusive and green recovery

As Europe starts to get a better grip on the COVID-19 emergency, we need to undertake the immense task of rebuilding our economies and repairing the staggering damage to our communities, workers and businesses, write Frans Timmermans and Fatih Birol.
News

Global carbon emissions will rise to a new record level in 2018, making the chances of reaching a target to keep temperature increases to 1.5 or 2°C "weaker and weaker every year, every month," the head of the International Energy Agency (IEA) has said.
News

The European Union could take advantage of a massive boom in liquefied natural gas (LNG) exports over the next five years, coupled with low global gas demand and prices, the International Energy Agency (IEA) has said.
News

In its 2015 World Energy Outlook, the International Energy Agency expressed its concern at fossil fuel subsidies, the dismantling of nuclear power stations and the 80% increase in demand for electricity by 2040. EURACTIV France reports.
News

Sub-Saharan Africa will outstrip Russia as a global gas supplier by 2040, according to the International Energy Agency (IEA), spurring European Union efforts to wean itself off its Russian gas addiction by investing in the region’s development.
Special ReportInterview

IEA economist: ‘We have to leave oil before it leaves us’

The International Energy Agency (IEA)’s annual World Energy Outlook, due for publication on 9 November, will contain alarming research that the world is on track for a catastrophic rise in global temperatures unless fossil fuel subsidies are cut, energy efficiency is improved, and more countries introduce some form of carbon pricing.
RSS - Fatih Birol