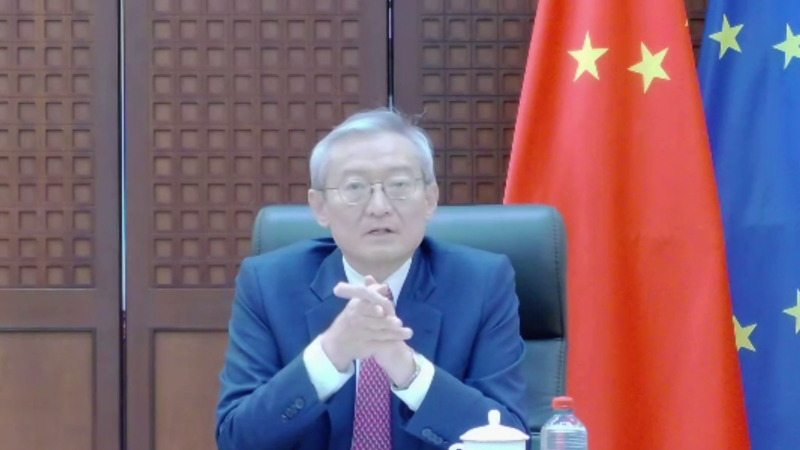 China accepts well-intended criticism coming from the EU, but it does not accept malicious attacks and will not allow anyone to meddle in its internal affairs, the country's ambassador to the EU, Zhang Ming, told the European Parliament's foreign affairs committee (AFET).
Opinion

Despite being one of the most beautiful countries in the European Union, despite having talented and educated people, despite a favourable tax environment, Bulgaria is likely to stay as the poorest in the EU, and to continue losing its population, writes Blaga Thavard.
Opinion

Today’s adoption by the European Commission of a new ‘Connectivity Strategy’ linking Europe and Asia throws down the gauntlet to an increasingly assertive China, writes Bart Broer.
OpinionPromoted content

On May 22, the Investment Facilitation Forum (IFF) holds an event that seeks to clarify the role of investment hubs and explore how their activities are linked to the EU tax agenda, financial regulation and the assistance to developing countries. Ahead of the event, the IFF president shares his view on the importance of distinguishing between investment hubs and tax havens.
Opinion 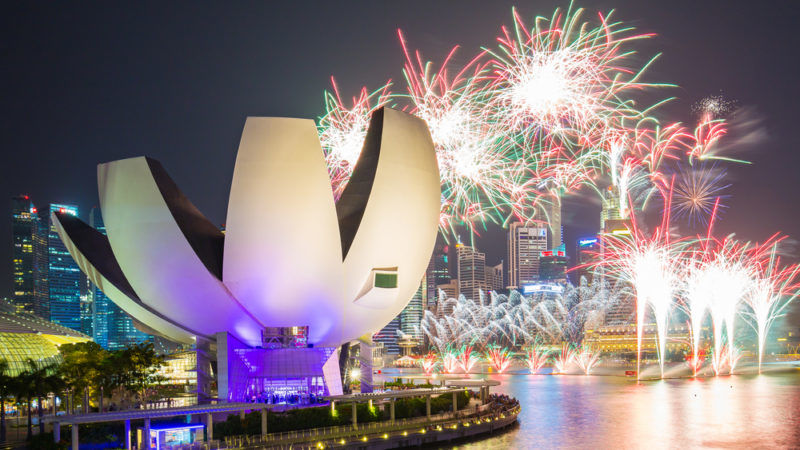 Following the European Court of Justice’s landmark ruling on the EU-Singapore trade deal, MEP Christofer Fjellner urges the Commission to come up with a roadmap so future agreements do not face the same gauntlet as the EU-Canada deal.
Opinion

The European Union can play a role in the stabilisation of Iraq that could contribute to economic growth and peace while helping stem migration flows from the region, writes Dr. Theodore Karasik.
News 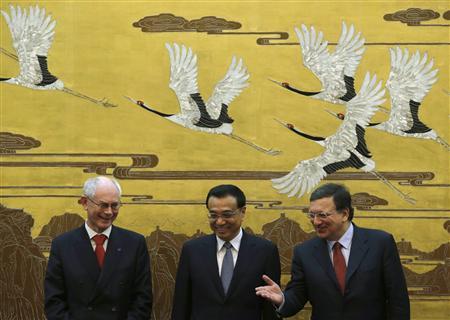 China and the European Union will begin talks on a landmark treaty aimed at boosting investment that lags behind burgeoning trade and at tackling thorny market access issues, the two sides announced at a summit on Thursday (21 November).
Opinion
Innovation & Industry 19-06-2013

Europe needs to improve the ease with which economic activity can take place across national borders. It must complete the single market to boost GDP and create jobs, writes Mark Spelman.
News
Global Europe 21-09-2012

With a trade dispute over subsidies, arms embargo and the market economy status looming in the background, EU and Chinese leaders ended their last summit with Prime Minister Wen Jiabao, making little progress on substance but promising to work towards an EU-China Investment agreement.
Special ReportInterview
Global Europe 21-09-2012

The EU should not be afraid of China’s growing competitive power. Rather, it should strive to have open markets and work towards starting negotiations for an investment treaty to provide better legal protections for European companies in the Chinese market, said BusinessEurope President Jürgen Thumann tells EURACTIV.
Opinion
Central Europe 09-06-2010

The inflow of foreign direct investment (FDI) in the EU halved in 2009 and particularly declined in the new member states – where the foreign sector is economically vital, writes the Vienna Institute for International Economic Studies in an analysis of FDI in 20 Central, East and South-East European countries based on the latest update of its database.
News

Chinese Premier Wen Jiabao has committed Beijing to treating foreign companies equally to local firms, much to the relief of EU business leaders, who had expressed growing concern about the business climate in China.
News
Innovation & Industry 17-11-2006

Internationalisation of research and development drives cross-border flows of research funds. Europe wants more of those funds, but is currently losing investment to US, China and India.
News
Innovation & Industry 14-10-2005

According to the OECD, multinationals are increasingly offshoring their R&D, but the role played by foreign affiliates varies widely around the world.
News
Innovation & Industry 10-10-2005

According to a United Nations report, foreign direct investment (FDI) in research and development is increasingly determined by the availability and cost of talented research manpower.
News
Enlargement 07-09-2005

Asia and Eastern Europe have become the world's most attractive regions for foreign direct investment, according to a new UN report.
Policy Brief
Innovation & Industry 19-07-2005

The EU is currently losing R&D investment to other countries. In 2001 the net outflow of R&D funding from the EU amounted to over six billion euro. The Commission thinks that the FP7 can provide the necessary framework conditions to attract more foreign R&D investment.
News
Trade & Society 11-07-2005

Marked decrease in investment flows into and out of the EU

Cross-border investment flows involving the EU have fallen sharply in 2004, according to figures published by Eurostat.
News
Innovation & Industry 01-07-2005

Western Europe remains the favorite destination for foreign investments but central and eastern Europe, the US and China are increasing their attractiveness, according to a new Ernst & Young survey.
News
Social Europe & Jobs 02-12-2003

Foreign direct investment in Central and Eastern Europe increased by 15 per cent in 2002 and is set to continue growing as the region joins the EU in 2004, according to UNCTAD.
Opinion
Enlargement 04-07-2003

Steady flows of FDI into the CEEC in 2002

The latest estimates indicate a growth in the numbers of FDI in the CEEC during 2002. The year 2003 might turn out to be less favourable.
Opinion
Enlargement 02-10-2002

FDI: good results but not sufficient for a fast catching-up

A new CEPS study analyses the reasons for low FDI in Turkey and recommends fast integration into the EU.
RSS - FDI