EU-wide targets for the reduction of fertilisers, as outlined in the Farm to Fork strategy, must now be translated to country-specific targets, and for this farmers need access to the latest tools and technologies to allow them to reach these targets and get an accurate picture of the situation, stakeholders have said.
Opinion

In addition to longstanding objectives like the reduction of chemical fertilisers and pesticides, the European Commission envisages setting three more targets in its new flagship food policy, EURACTIV can reveal.
News

While Germany is set on tightening its fertiliser regulation after the EU Commission sued the country for excessive nitrate levels in groundwater, a new study has linked agriculture and particularly animal fattening with groundwater pollution. Could the European Commission drop its lawsuit against Germany? EURACTIV Germany reports.
News

Welcome to EURACTIV's AgriFood Brief, your weekly update on all things Agriculture & Food in the EU. In this edition: EFSA chief interview, Commission plans for pesticides, struggling European beekeepers, common data spaces for agriculture and health, and much more...
Special ReportNews

In 2017, Italy’s entire bioeconomy sector had a total turnover of €300 billion and, within 13 years, employed two million people. The country’s Bioeconomy Strategy was taken up a notch and made even more ambitious at the start of 2019. EURACTIV’s partner Agronotizie reports.
News

The European Commission criticised Germany for its excess nitrate levels in groundwater. If Germany's environment and agriculture ministries fail to put proposals on the table quickly, high fines could be imposed. But this is not the only warning from Brussels. EURACTIV Germany reports.
News

For years, the EU Commission has warned Germany about illegally high levels of nitrate in groundwater. The European Court of Justice even ruled on the issue in June. Now, the German government is working on a new Fertiliser Regulation. However, the groundwater is expected to remain contaminated for many more years. EURACTIV Germany reports.
Opinion

With the European Parliament backing a net zero emissions target for 2050, EU member states will need to further develop their biogas markets to continue to reduce emissions from waste, energy, and transport, write Benjamin Budde and David Newman.
News

The Commission, Council and Parliament have agreed to facilitate the use of organic fertilisers, for which there has been no regulatory framework so far. Fertilisers will also have to contain less heavy metal in the future.
Special ReportOpinionPromoted content

We live in fascinating times where technology is evolving at an ever-increasing pace, spurring major shifts in many industries. This is also the case for the fertilizer sector, writes Jacob Hansen, director general of Fertilizers Europe.
Special ReportNews

The EU fertilisers industry published its 2030 vision on Wednesday (21 November), stressing the need to optimise fertiliser use across Europe and improve production in order to adjust to the principles of the circular economy and feed a growing world population.
VideoPromoted content 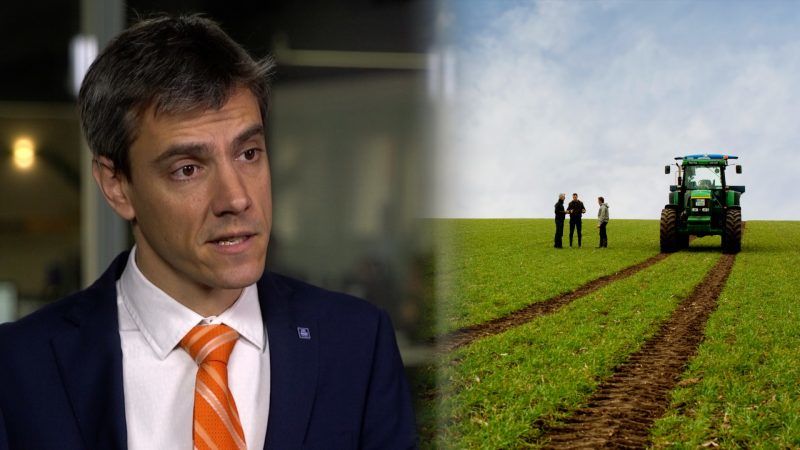 Reducing ammonia emissions from agriculture is a crucial issue in Europe. What practical measures could be put in place to support sustainable European farming?
Special ReportNews

Agriculture has to modernise to take account of the new technologies that are coming on the market as this is a “win-win situation” both financially and environmentally, EU Agriculture Commissioner Phil Hogan told EURACTIV.com. According to the EU agricultural outlook...
Special ReportNews

In order to fight air pollution, an integrated approach is needed, according to Karmenu Vella, the EU Commissioner in charge of environment, maritime affairs and fisheries.
Special Report

Agriculture generates around 94% of all ammonia emissions in the EU, the vast majority of which comes from livestock excreta. Greenpeace estimates the livestock share at almost 80%, while mineral fertiliser application accounts for approximately 20%.
News

Plans to expand aquatic farming could have a serious knock-on effect on climate change, climate experts have warned after new research revealed that underwater shellfish farts produce 10% of the global-warming gases released by the Baltic Sea.
Read more »»
RSS - fertilisers