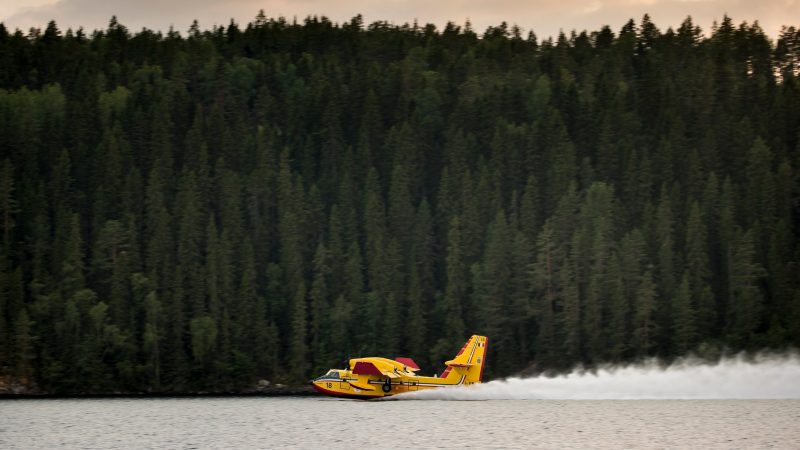 With its 2030 climate plan last month, the European Commission has put the spotlight on forests as Europe's main "carbon sink," saying their ability to store carbon dioxide must be preserved in order to reach the bloc's climate goals.
Special ReportNews

The Netherlands should phase out the use of biomass for generating electricity as soon as possible, the advisory board of the Dutch government said in a report presented earlier this month.
Opinion

The forests in Europe that can be considered “old growth” – and therefore declared protected areas – depends on the definition, says Petri Sarvamaa. “And that’s where the political fight begins,” he told EURACTIV in an interview.
Opinion

The Green Deal promoted by European Commission President Ursula von der Leyen has the potential to strengthen European, as well as global, forests and make a significant contribution to the fight against climate change, writes Hannah Mowat.
News

A group of plaintiffs from Estonia, France, Ireland, Romania, Slovakia, Sweden, and the US are filing a lawsuit against the European Union on Monday (4 March) to challenge the inclusion of forest biomass in the bloc’s renewable energy directive.
Opinion

As the world awakes to the threat posed by palm oil and soy to our forests, it’s in danger of overlooking how paper and packaging drives industrial logging, mis-shapes millions of hectares of forest landscapes and creates monoculture plantations, writes Sini Eräjää.
Opinion

The international trading system is facing a crisis – but protectionism isn’t the biggest test EU leaders must deal with, writes Perrine Fournier.
News

European countries should not heavily rely on their forests to curb climate change. However, they should instead ensure that forests are protected from climate change, underlined a study published in Nature on Wednesday (10 October). EURACTIV France reports.
Opinion

The EU Timber Regulation is one of the key ways the EU can help stop illegal logging and deforestation. Now, it is the responsibility of the EU and timber companies to make sure it really works, writes Diane de Rouvre.
Special ReportOpinion

Optimising the wood-energy sector is key for France to attain its objective of becoming carbon neutral in 2050. However, 60% of forests in the country are left unmanaged nowadays. EURACTIV.fr reports
Special ReportInterview

Germany is the EU's richest country in forest and wood. According to European Commision plans, German forests are meant to be used much more as energy sources in the future. EURACTIV Germany reports.
Read more »»
RSS - forestry