A majority of young Europeans (77%) feel well prepared for the labour market of the digital era, but they are also very critical about how their national education systems prepare them, a survey published on Thursday (21 February) revealed.
Interview

Finland is the first country to complete a nation-wide experiment on universal basic income. With the first results in, Finnish finance minister Petteri Orpo told EURACTIV.com that the largest parties in his country don’t support the idea anymore.
News

Business leaders and decision makers agreed during last week's World Economic Forum in Davos that new taxes, including carbon pricing or a digital levy, would not only achieve a fairer economic model but would also help to fight climate change and deal with the ageing population.
Opinion

To establish a new Europe that moves forward, it is important that Europe seizes technological innovation to ensure young Europeans are not left behind, writes Andrianos Giannou.
News

The voting age for next year’s European elections should be lowered to 16 as part of a suite of reforms to revitalise the European project.
Opinion

Europe is on the road to recovery which means now is the time for it to take the lead on a global scale and tackle the concerns and needs of its citizens, write Martina Larkin and Eckart Windhagen.
News

Human development is "at risk” and the current economic recovery may be hiding the roots of the next big crisis, including persistent inequality, in particular between men and women’s salaries, the World Economic Forum (WEF) has warned in its annual Global Risks Report.
Interview

As chair of Britain's Financial Services Authority, Adair Turner saw the collapse of the financial system from the very top. In the aftermath of the crisis, he became one of the main advocates of helicopter money - but today he doubts if universal basic income is the best way to address growing inequality.
Interview

Amid growing social inequalities and the digital transformation of the economy, Zurich’s Gary Shaughnessy believes public officials, employers and insurers should all cooperate to provide protection to the most vulnerable groups.
News

The European Commission did not include new strategic objectives and targets in its industrial package unveiled on Monday (18 September), stressing instead that a master plan already exists for European industry.
News

The transformation of jobs in the digital era will force governments to review their welfare systems and workers to constantly update their skills, senior European officials, experts and ministers agreed during a conference held in the Estonian capital Tallinn this week.
Interview

Thorben Albrecht is responsible for addressing the impact of the digital revolution on the labour sector and preparing Germany workers for the future. The minister presented his Work 4.0 white paper at the Future of Work conference hosted by Estonia’s rotating presidency of the EU.
Special ReportOpinion 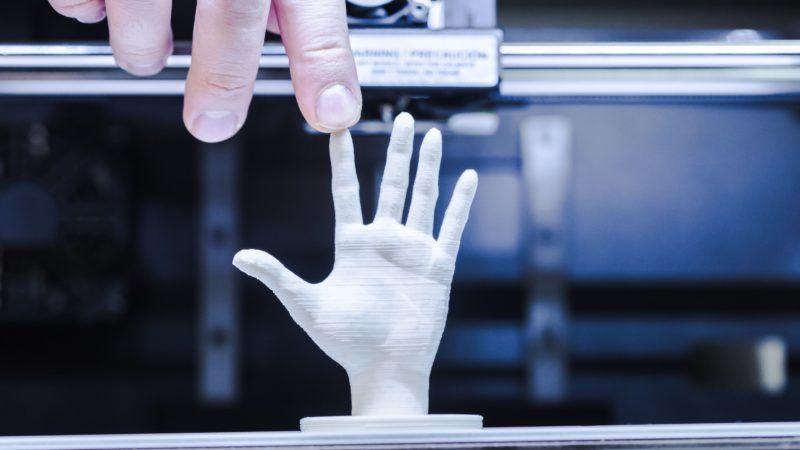 The new EU Framework Programme offers an unmissable opportunity to step up public research investment in additive manufacturing/3D printing. Let’s make the most out of this key technology for Europe’s future, writes Filip Geerts.
Special ReportNews

Europe looks at 3D printing to pursue its industrial renaissance

The European Commission backs additive manufacturing as one of the pillars to strengthen its industrial sector and step up efforts to maintain the EU's global advantage.
News

Young people remain optimistic about the impact of robots and artificial intelligence in the work place, as a large majority of them believe that more jobs will be created than will disappear, according to a global poll published on Monday (28 August).
News

The upcoming rotating presidency of the EU will focus on the future of work and the role technology can play in transforming social systems in the context of the new industrial revolution.
Special ReportNews

Threatened by unemployment and stagnant wages, the middle class is increasingly feeling the pinch and falling prey to populism, as shown in recent elections and the Brexit vote, international and business leaders in Davos warned.
News

The World Economic Forum study warns that democracy is in “deeper crisis” and urges for more inclusive growth amid the growing inequalities fuelled by technological disruption.
Interview

Income inequality and the future of jobs became a key topic in the campaign for the US elections. It could also play a decisive role in the upcoming elections in France, where the populist candidate Marine Le Pen has shaken the political landscape.
Interview

Innovation was a top priority for the world's most powerful nations at the G20 meeting last September, in Hangzhou. However, Europe still has some “negative trends” to address, says Commissioner Carlos Moedas.
RSS - fourth industrial revolution