US President Donald Trump plans to promote US liquefied natural gas (LNG) exports at a meeting next Thursday (6 July) in Warsaw with a dozen leaders from Central and Eastern Europe, a region heavily reliant on Russian supplies.
News

The European Parliament has welcomed more imports of fracked gas from the US, leading to criticism questioning the EU's commitment to the Paris Agreement on climate change. EURACTIV Germany reports.
News

The UK’s Environment and Climate Change Committee (ECCC) has launched an inquiry to explore the implications for its climate policy of leaving the European Union, amid major concerns over the uncertain futures of shale gas exploration and carbon capture and storage (CCS). EURACTIV’s partner edie.net reports.
News

EXCLUSIVE / The European Commission’s plan to boost imports of liquefied natural gas (LNG) into the EU has raised fears that it will encourage climate-warming fracking in countries such as the United States.
News

Environmental campaigners and the shale gas industry have clashed amid accusations that companies are controlling an influential European Commission group advising on fracking policy.
News

After much debate, the Merkel government has signed off on a draft law that would permit fracking in Germany, causing an uproar among opposition politicians and environmentalists, as well as coalition members. EURACTIV Germany reports.
News

For months, the German government has been working on a bill that would legalise fracking. But environment and health advocates warn that it sends the wrong message ahead of the UN Climate Conference in Paris. EURACTIV Germany reports.
News

For only a ten year supply of energy, fracking in Europe would contaminate drinking water, cause severe environmental damage and create vast industrial landscapes, says a study on fracking, as the German government pushes to legalise the controversial extraction method. EURACTIV Germany reports.
News

The German government has tabled a draft law permitting fracking in the country, with environmental associations criticising the draft as fragmented and risky, calling on the government to concentrate on implementing the Energiewende, instead. EURACTIV Germany reports.
News

Romania has fought hard to discover shale gas that apparently does not exist, Prime Minister Victor Ponta said late yesterday (9 November). But US energy giant Chevron was quick to respond that it had yet to finalise an assessment of the country’s shale gas potential.
News

Germany has a moratorium on the use of fracking technology to extract unconventional fossil fuels but the method is not banned, something the country's Federal Environment Agency (UBA) hopes to change with swift regulation. EURACTIV Germany reports.
News 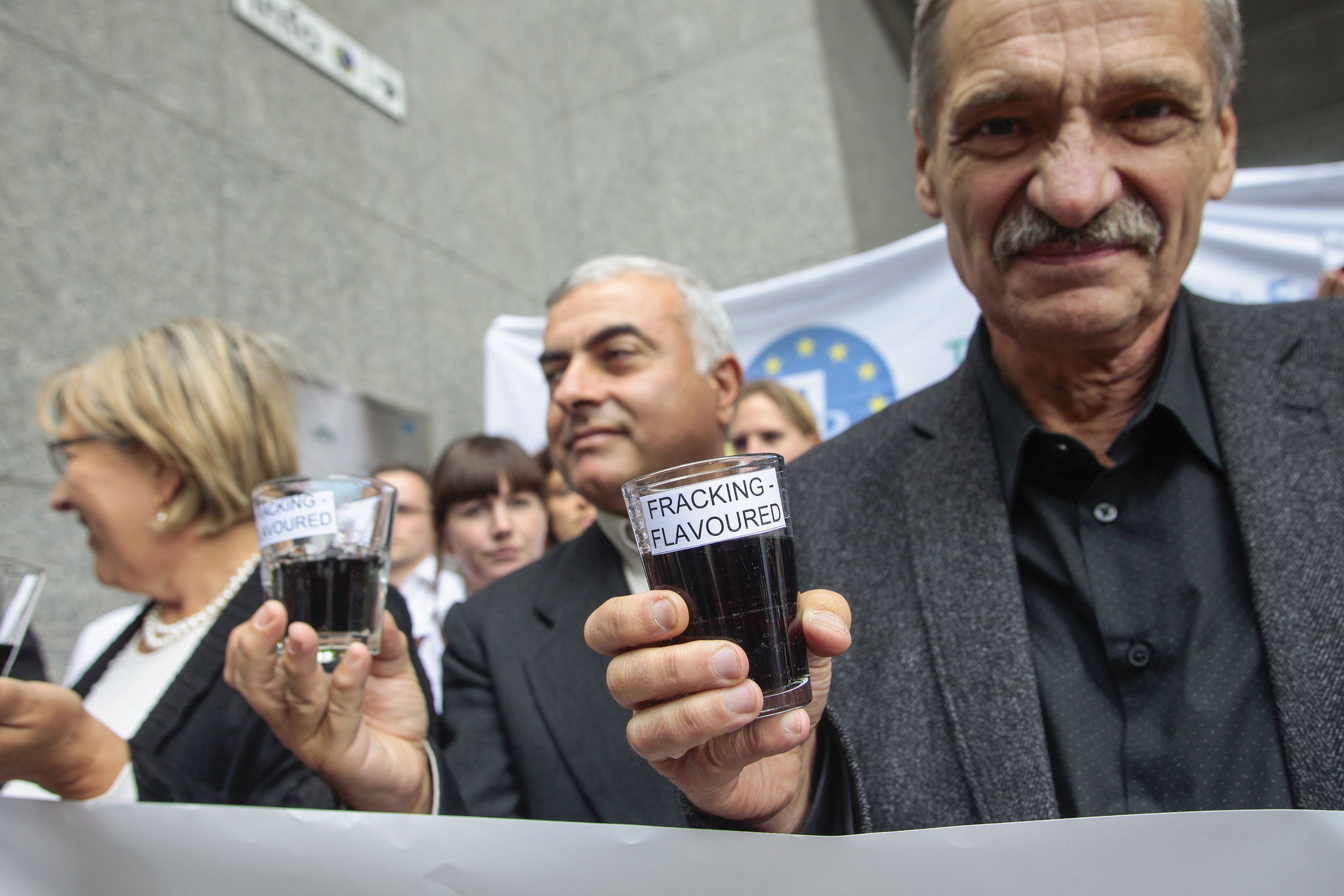 Sigmar Gabriel hopes to introduce key points for the regulation of fracking in Germany before the Bundestag convenes for the summer. But critics claim the controversial gas extraction method is rightfully banned in Germany, warning of pollution, and claiming it would not bolster the country’s energy independence. EURACTIV Germany reports.
News
Energy 26-03-2014

EU warms to shale gas in the wake of Crimea crisis

EXCLUSIVE / Shale gas companies operating in Europe will soon have to respect a muscular legislative package which the European Commission is preparing to publish in December or January, EURACTIV has learned.
News
Trade & Society 04-09-2013

A shale gas deal in Ukraine hit a setback yesterday (20 August) when a local council rejected the government's draft production-sharing agreement with US energy company Chevron amid warnings by nationalists regarding likely damage to the environment.
News
Energy 16-07-2013