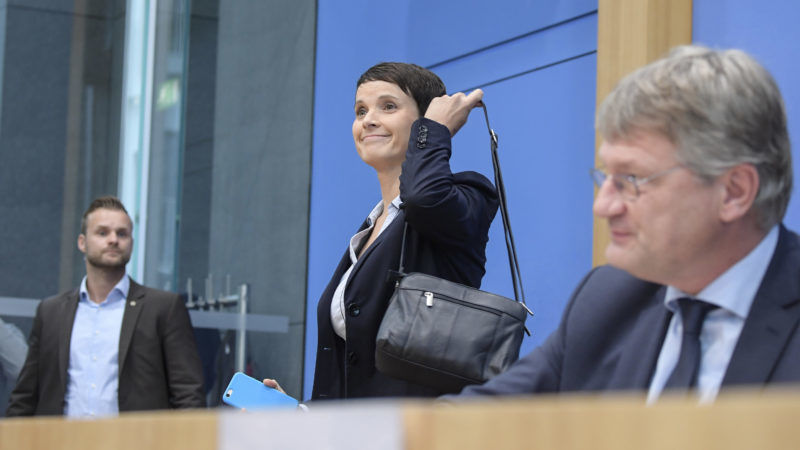 Divisions emerged in the far-right Alternative for Germany (AfD) on Monday, a day after it took third place in a national election, as its co-leader said she would not sit in parliament with AfD members.
News 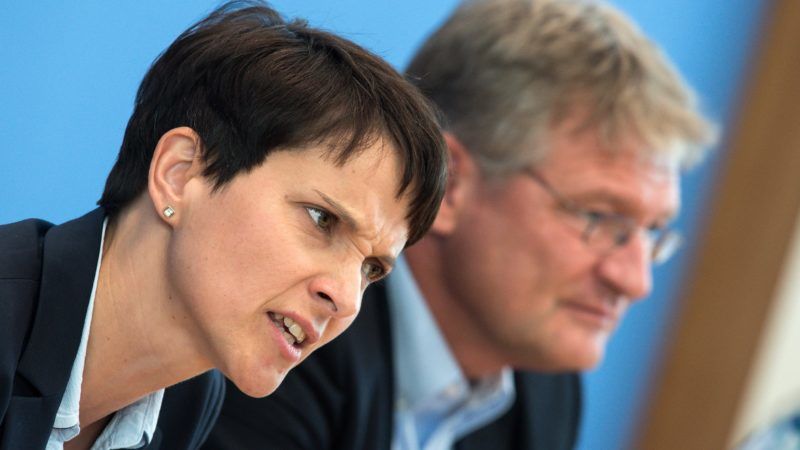 The Organisation for Security and Cooperation in Europe (OSCE) will decide in July at the earliest if it will monitor Germany’s September elections, after the current government and the far-right AfD asked it to be involved. EURACTIV Germany reports.
News

The anti-immigrant Alternative for Germany (AfD) party on Sunday (23 April) chose a tough-talking former member of Chancellor Angela Merkel's conservatives and an economist to lead its campaign for a September election in a line-up likely to drag the group further right.
News 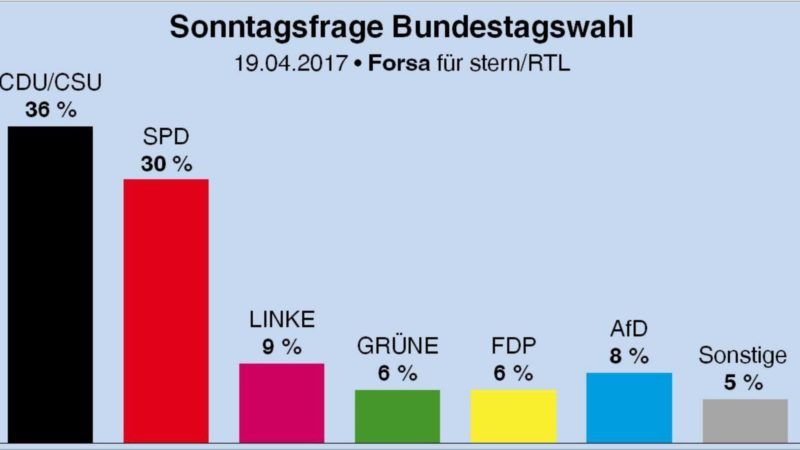 Support for Germany's opposition Greens has fallen to its lowest level in almost 15 years, a Forsa poll showed on Wednesday (19 April), dimming prospects for a left-leaning coalition snatching power from Chancellor Angela Merkel in the September election.
News

Former European Parliament President Martin Schulz slammed Donald Trump for planning to build a wall at the US-Mexico border and supporting torture during a speech today (29 January) after Social Democratic Party leaders endorsed him as their candidate to take on Angela Merkel.
Opinion

A leading member of German right-wing populist party Alternative für Deutschland sparked an outcry Wednesday (18 January) by criticising the Holocaust memorial in Berlin and calling for the country to stop atoning for its Nazi past.
Opinion

Watching Theresa May in a hotel room in the capital of a small European nation, not in the EU, has been a surreal experience. Her insistence that every other EU leader had to accept that their citizens cannot any longer travel to the UK on the terms they can today seemed borderline impertinent, writes Denis MacShane.
News

The world's current international hotspots - Iran, the Baltics, NATO and North Korea - reacted with deliberate caution on Wednesday (9 November) to Donald Trump's establishment-defying victory in the US presidential election.
News 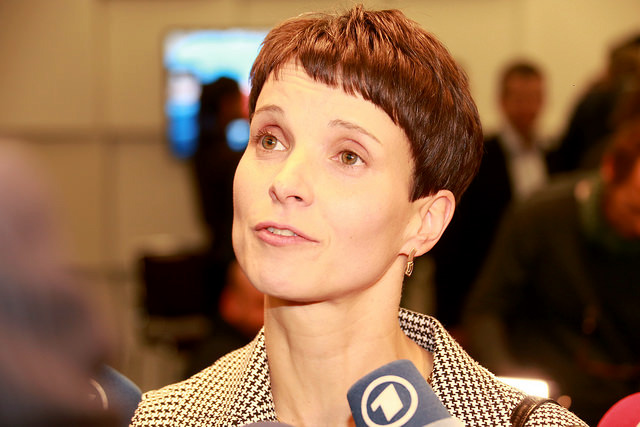 The biggest threat to emerging markets growth in coming years could come from the rise of populism and isolationism in developed countries, a World Bank official said on Tuesday (18 October).
News

Sometimes an accusation is all that’s required. Under investigation on Wednesday (25 May) for lying under oath to the Saxon state parliament, for Frauke Petry’s critics the allegation could not have been more apt. Suspected of covering up loans made to her Alternative fuer Deutschland party, the right-wing politician could face up to five years in prison for perjury.
Interview

Thomas Oppermann, the SPD parliamentary group's chairman, spoke with EURACTIV's partner Der Tagesspiegel about the rise of right-wing populism, Germany's relationship with Turkey and his own party's performance.
News

TTIP, taxes, monetary policy: After the three state elections, the Alternative for Germany party (AfD) is trying to get serious on financial issues. However, business leaders see their election success as a threat to Germany's reputation. EURACTIV Germany reports.
News

About 90 women have reported being robbed, threatened or sexually molested at New Year celebrations outside Cologne's cathedral by young, mostly drunk, men, police said yesterday (4 January), in events they have described as "a new dimension in crime".
News

The Alternative for Germany party (AFD) came in from the cold and announced its hardline attitude towards refugee policy. EURACTIV's partner Tagesspiegel reports.
News

Bernd Lucke, a founder of Alternative for Germany (AfD) is considering creating a new party with his association Weckruf 2015, after a dramatic shift right in the party. EURACTIV Germany reports.
News

Germany’s latest immigration statistics show 1.23 million persons moved to Germany in 2013, a rate the country has not seen since 1993, causing Social Democrats and Greens to call for better regulation of immigration. EURACTIV Germany reports.
News

After a joint meeting between representatives from the Eurosceptic Alternative for Germany (AfD) and the anti-Islamist Pegida movement, the two groups seem to have found common ground. EURACTIV Germany reports.
Read more »»
RSS - Frauke Petry