About: free movement of workers

Mounting concerns for the health of workers in the agri-food sector have prompted stakeholders to call for stronger measures for their protection.
News

The European rail network ferries millions of us to and from work every day. Yet rail representatives felt compelled to plead 'don't forget rail' in Brussels this week, saying it was at the bottom of all priority lists despite growing concerns over the expected impact of Brexit.
Opinion

Britain will end the free movement of labour immediately after Brexit and introduce measures to drive down the number of lower-skilled EU migrants, a leaked government document published by the Guardian on Tuesday (5 September).
News

Nearly half of the businesses operating in Britain's food supply chain say European Union workers are thinking about leaving because of uncertainty around Brexit, an industry survey reported on Thursday (24 August).
News

The 2,500-strong Romanian diaspora in the Brussels bubble should play a role in defining the priorities of the Romanian Presidency of the EU Council, which will start on 1 January 2019, a group representing the expats has proposed.
News

The European Union should embark on a process of decentralisation and return certain areas of decision making to the member states if it wants to survive and thrive, according to Nobel Memorial Prize in Economic Sciences winner Oliver Hart. EURACTIV Spain reports.
Interview

Many fear that the UK's decision to leave the EU will strip British citizens of their right to free movement around the bloc. EURACTIV Germany spoke to the MEP trying to protect that right.
Opinion

Goods can be traded freely across the EU, but the same cannot, in practice, be said of services. Less restrictions in the sector would yield enormous economic benefits, argue Arup Banerij, Doerte Doemeland and Sanja Madžarević Šujster.
News 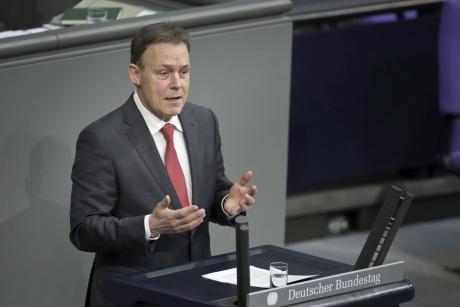 Germany’s Social Democratic Party is calling for an immigration law that would control the influx of workers from non-EU countries with the help of a point system, similar to that in Canada, but Chancellor Angela Merkel is cutting the debate short, saying the refugee issue is more urgent. EURACTIV Germany reports.
News

Swiss voters will have another say on relations with the European Union, Switzerland's president said on Thursday, after valuable trade treaties with the bloc were put in jeopardy by a February referendum to curb immigration.
News 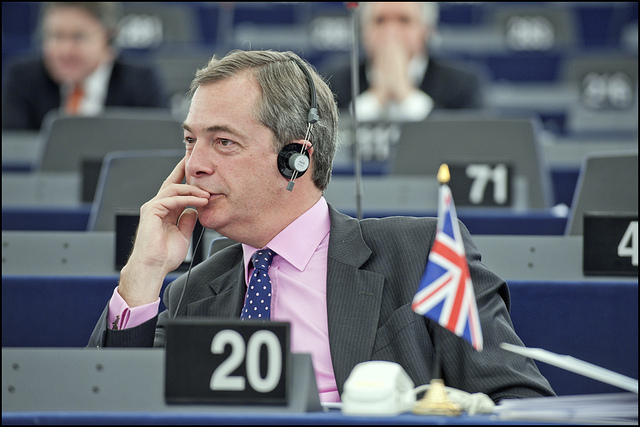 Commission President-elect Jean-Claude Juncker told UK Independence Party leader Nigel Farage last night (10 July) the free movement of workers in the EU was a non-negotiable fundamental right but added he did not believe in a “United States of Europe”.
Opinion
Justice & Home Affairs 30-01-2014

EU’s free movement: Like the air that we breathe?

The exercise of the right to freedom of movement is not as evident as "the air that we breathe". EU citizens should be reminded of this, so they vote next May to firmly defend this crucial milestone in the European construction, António Vitorino and Yves Bertoncini write.
Opinion
Brexit 16-01-2014

Cutting across concerns about immigration, wages and social dumping, the issue of free movement of labour is a hot topic not only in the UK, but also in most of the old EU 15 countries, and that will have a serious impact in the upcoming European elections, writes Julian Priestley.
News

As of 1 July, Bulgarians and Romanians as well as foreigners from outside the EU will only be granted a work permit in the Netherlands under "exceptional cases," the Dutch press reported on Tuesday (12 April).
News
Social Europe & Jobs 27-02-2008

European Court of Justice rulings in the Laval and Viking cases represent a "danger" for social Europe and open the door to "wage dumping" in the EU, leftist members of Parliament said, while business representatives argued the judgements were crucial to preserving freedom of movement and establishment throughout the bloc.
News

The extension of the Schengen zone to include the newest EU members from Central and Eastern Europe has not revived fears of a renewed influx of "Polish plumbers" in France, EURACTIV France reports.
News
Social Europe & Jobs 16-02-2007

Netherlands opens up to east-European workers

The Netherlands is to open its borders to workers from Poland and other central European states that joined the EU in 2004, but leave Bulgarian and Romanian workers outside.
News
Social Europe & Jobs 04-01-2007

A recent study by a migration NGO has stirred up the debate on the economic effects of labour migration from eastern Europe suggesting that gains were only marginal. But the UK government and industry federations disagree with the finding.
News

At the closing conference of the European Year for Workers' Mobility, the Commission EU mobility actors took a positive outlook but stressed that, under EU Treaties, this fundamental freedom of movement is still not commonplace.
Read more »»
RSS - free movement of workers