With under two weeks to go to Thailand’s crucial 7 August referendum on a new constitution, supposedly paving the way to a return to democracy, the ruling military junta in Bangkok has cracked down on dissent and press freedoms, making a free and fair vote impossible, says Sunai Phasuk.

A Free trade agreement between the EU and Mercosur, the South American regional organisation is under preparation, but agricultural issues still remain as one of the major obstacles, Kinga Brudzi?ska told EURACTIV Poland in an exclusive interview.
Global Europe 18-01-2013

Struggling with a difficult eurocrisis, the European Union has focused much on firefighting, but it should not oversee its international role as the 27-nation bloc is a balancing force in the global governance set-up, Dinkar Khullar, India's new envoy to the EU told EURACTIV. 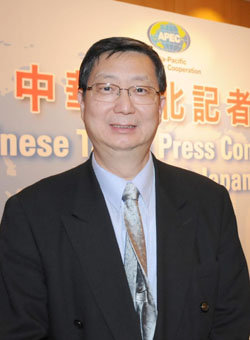 Taiwan and China have been extending their economic relations, having a strong impact on European partners. At the same time Taiwan is urging the EU to start negotiating the Economic Cooperation Agreement, Cho Shih-chao, director-general in the Taiwanese ministry of economic affairs, told EURACTIV Germany in an exclusive interview.

MEP: EU-India FTA should not lead to a race to the bottom

The Free Trade Agreement currently being negotiated between India and the EU must be accompanied by a clear commitment to respect international social and environmental standards, according to Graham Watson, chair of the European Parliament's delegation on EU-India relations, which has a say on trade deals.
RSS - FTA