As fighting in Tripoli continues and international leaders looked to ramp up pressure on Muammar Gaddafi to step down, oil companies tried yesterday (22 August) to secure investments in Libya.
News 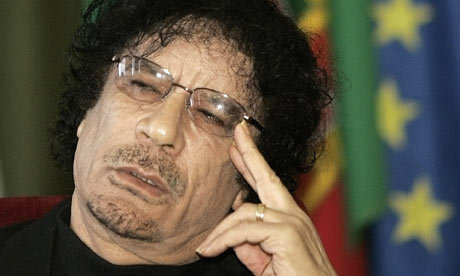 Of all EU countries' embassies in Libya, only Hungary has a diplomatic presence in Tripoli and provides information to the EU. The European Commission told EURACTIV that the situation on the ground was "very difficult" and that the EU was "paying tribute" to the Hungarian Presidency for the work they are doing.
News
Med & South 21-04-2011

Libya's exiled Crown Prince Mohammed El Senussi made a high-profile appearance in the European Parliament yesterday (20 April). He presented himself as a constitutionalist and lobbied for his country's 1951 monarchic constitution to provide the building blocks of the future Libya.
News

The European Union agreed yesterday (12 April) to extend sanctions against Libya, imposing an asset freeze on all of the country's energy companies, in its effort to force Libyan leader Muammar Gaddafi to relinquish power.
News

The European Union sent envoys to the rebel-controlled Libyan city of Benghazi on Tuesday (5 April), as part of efforts by Western countries to establish better contacts with Muammar Gaddafi's opponents.
News 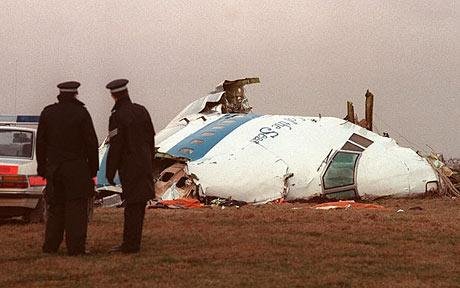 Libyan Foreign Minister Mohamad Moussa Koussa, a Gaddafi henchman, defected yesterday (30 March) and flew to Britain to seek political asylum. Koussa, a relative of the sentenced Lockerbie bomber and reportedly the mastermind of the 1988 bombing of the PanAm flight, is on the EU travel ban list.
News

More than 40 governments and international organisations are meeting today (29 March) in London to try to lay the groundwork for a Libya without leader Muammar Gaddafi.
News

EU leaders adopted new sanctions yesterday (24 March) against the regime of Muammar Gaddafi, urging the international community to ensure that Libya's oil and gas revenues "do not reach" his regime. Meanwhile, NATO said it would enforce a no-fly zone over Libya but stopped short of taking full command of the UN-backed military operations in the country.
News

The intervention of ground troops in Libya is unlikely and would run counter to the objectives of the Western coalition, Dominique Moïsi, founder and senior advisor at Ifri (French Institute for International Relations), told EURACTIV.
News

Coalition looks to NATO to take over Libya operations

Western nations waging an air campaign in Libya agreed yesterday (22 March) to use NATO to drive the military effort but lack the backing of all alliance members and are divided on the mission's leadership.
News
Global Europe 22-03-2011

EU foreign ministers meeting in Brussels yesterday (21 March) admitted they were divided over how to enforce the no-fly zone over Libya, but agreed to extend sanctions on the Gaddafi regime and carry on offering humanitarian assistance.
News

Only hours after the UN Security Council voted on Thursday to impose a no-fly zone over Libya and to provide help for Libyan rebels fighting to overthrow Muammar Gaddafi, a flurry of diplomatic and military activity resulted in what appears to be a "coalition of the willing" to free the country of its dictator.
News
Global Europe 18-03-2011

EU sees evacuating Libyans by sea as an option

UN authorises use of force against Gaddafi

The UN Security Council voted late yesterday (17 March) to authorise the imposition of a no-fly zone over Libya and the taking of "all necessary measures" - code for military action - to protect civilians from leader Muammar Gaddafi's forces.
News

France and the UK made a last-effort yesterday (16 March) to urge the UN Security Council to back a draft resolution that would include a no-fly zone over Libya. As the international community appears unwilling to take action, Muammar Gaddafi's troops are preparing to launch "a mortal blow" on rebel capital Benghazi.
News
Med & South 15-03-2011

France pressured G8 foreign ministers yesterday (14 March) to agree action on Libya and back its efforts to speed up a UN Security Council decision on imposing a no-fly zone, but hit opposition from partners like Germany.
News

France promised yesterday (13 March) to step up efforts to persuade its partners to impose a no-fly zone on Libya after the plan won the backing of the Arab League.
News

France broke ranks with its European partners yesterday (10 March) by becoming the first country to recognise Libya's opposition and by deciding to "explore the possibility" of carrying out targeted bombings in the civil war-torn country. EU foreign policy chief Catherine Ashton finds herself pushed onto the sidelines as EU leaders flock to Brussels for a crisis summit.
News

EU foreign ministers are meeting in Brussels today (10 March) ahead of a special summit on Friday dedicated to the ongoing civil war in Libya and to the wider Southern Mediterranean region. Ministers will reportedly assess the risk that the conflict could degenerate and drag on for a long time.
Interview

The main difference between revolutions in Eastern Europe in 1989 and the current wave of 'Jasmine Revolutions' is that it is difficult to say which way the unrest in the Arab world is heading and harder to say what each of them is rejecting, Philip Dimitrov, a Bulgarian anti-communist leader, told EURACTIV in an exclusive interview.
Read more »»
RSS - Gaddafi