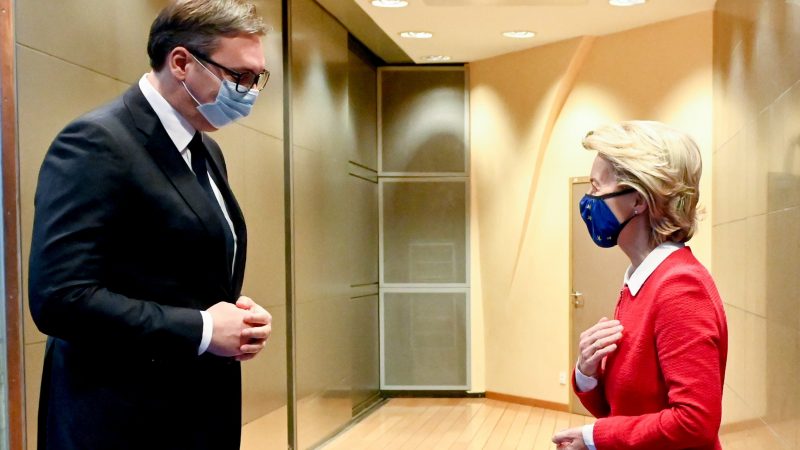 Serbian President Alexandar Vučić deflected EU criticism on the worsening situation of rule of law and media freedom in his country, with the help of media under his control. EURACTIV looked at the real picture.
News

Russian energy giant Gazprom on Monday (15 February) announced a drop in its exports to Europe in 2020, when prices and demand in the energy industry collapsed due to the coronavirus pandemic.
News

The Danish Maritime Authority has said that construction will begin in January on the stretch in Danish waters of the disputed Nord Stream 2 pipeline, which is to bring Russian gas to Germany.
Opinion

It may sound counterintuitive, but the cancellation of Nord Stream 2 might be in Russia’s best interests: the shift from well-tested on-land infrastructure over to the risky undersea pipelines threatens Gazprom’s most valuable asset – the trust of its customers,...
Opinion 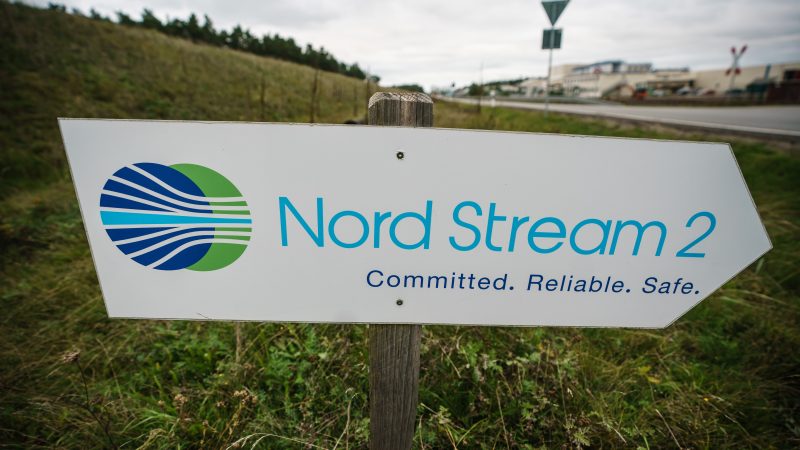 US senators announced a bill on Thursday (4 June) expanding sanctions on Russia's Nord Stream 2 and Turkish Stream natural gas pipelines and targeting the projects Washington says will boost Moscow's economic and political influence in Germany and other European countries.
News

Russian natural gas transit via the Yamal-Europe pipeline, which traverses Poland, has almost dried up, Interfax cited gas pipeline operators as saying on Monday (25 May), days after a gas transit deal between Moscow and Warsaw expired.
News

Germany’s energy regulator on Friday (15 May) declined to grant a waiver of European Union gas directives to the operators of the Nord Stream 2 pipeline, dealing a fresh blow to the project to carry gas from Russia to Germany under the Baltic Sea.
Opinion

European gas consumers, especially in Germany, are dependent on Poland’s willingness to set reasonable transit tariffs for the Polish section of the Yamal gas pipeline. But a deadline looms, and the risk of disruption exists, writes Danila Bochkarev.
News

The Russians have sent their only pipe-laying vessel equipped with dynamic positioning system – Akademik Cherskiy – to Europe. But can the tiny ship without previous experience in pipe-laying do the job, Mateusz Kubiak ponders.
Special ReportNews

Gazprom hopes bulk of US LNG flows to be diverted to China, not Europe

Russian gas giant Gazprom hopes China rather than Europe will take the bulk of US LNG volumes after a trade deal between Washington and Beijing, a company official said.
Opinion

The presidents of Turkey and Russia on Wednesday (8 January) formally launched the Turkish Stream pipeline which will carry Russian natural gas to southern Europe through Turkey, part of Moscow’s efforts to reduce shipments via Ukraine.
Special ReportNews

Ukraine has approved tariffs for Russian gas transit and granted a licence to its new gas pipeline system operator, the necessary steps on the way to complete a new 5-year deal for Russia's gas supply to Europe, its regulator said on Tuesday (24 December).
Special ReportNews

Unbundling the gas transmission system of Ukraine will become effective on 1 January 2020. This is a major milestone following years of internal bickering, as well as obstructions from the Russian side. EURACTIV spoke to chief unbundling architect, Clare Spottiswoode.
Opinion

US Sanctions on Nord Stream 2– especially since their imposition is officially supported by the management of Ukraine's Naftogaz – could complicate if not completely derail the negotiation process between Moscow and Kyiv on the future of gas transit, writes Danila Bochkarev.
Special ReportNews

Ukraine has for decades counted exclusively on Russian pipeline gas, for its own use and for the lucrative transit taxes. But the tensions with Russia after 2014 and the low prices of LNG have changed the paradigm completely.
Read more »»
RSS - gazprom