In an open letter, online privacy activist Max Schrems has criticised the Irish data protection commission's handling of a complaint against social media giant Facebook and called on the European Union to step in. EURACTIV Germany reports.

Enforcement of EU data privacy rules is being stifled by a lack of resources across national authorities, according to a new study published today (25 May), on the second anniversary of the EU's landmark general data protection regulation (GDPR).

Twitter may be the first big technology firm to face a fine by the EU’s lead regulator under the region’s tougher data protection rules after it submitted a preliminary decision in a probe into the social media firm to other member states.

Austrians' personal data has been publicly accessible on the Ministry of Economy's website since 2009. The liberal party NEOS and NGO epicenter.works call it the "biggest data protection scandal of the Second Republic." NEOS is considering legal action and a GDPR expert told EURACTIV Germany it could be successful.

The UK's Department for Digital, Culture, Media and Sport (DCMS) has announced a partnership with a contingency of the UK’s leading video games firms to deliver in-game coronavirus warnings to players.

The European Commission is monitoring the use of mobile applications used in the fight against the coronavirus pandemic to make sure that the bloc's "values and rules" are not being infringed upon, Internal Market Commissioner Thierry Breton said on Thursday (2 April).

In Germany and Austria, there are concrete ideas to monitor their citizens using Big Data, but to be truly effective, the methods would have to be deeply invasive. EURACTIV Germany reports.

The European Commission's Internal Market chief Thierry Breton has defended plans to obtain mobile data from EU telecom firms during the coronavirus outbreak, saying the acquisition of certain datasets allows for a clearer reading of "the impact of the confinement measures taken by member states."

The EU's General Data Protection Regulation (GDPR) is being misused by employers across Europe as trade unions are denied access to information required to recruit and organise workers, a new study has found.

Europe’s privacy rulebook does not create obstacles to taking action to curb the coronavirus epidemic but mass tracking of people’s movements and contacts using smartphone location data would represent a clear violation.

There could be a series of 'obstacles' in terms of securing an EU-UK adequacy agreement on post-Brexit data transfers and the bloc should therefore 'take steps to prepare for all eventualities,' the European Data Protection Supervisor (EDPS) has said this week.

Microsoft has revealed it has been holding talks with the German Economy Ministry over whether the company could be contracted as a supplier for Gaia-X, the ambitious European cloud network infrastructure initiative.

Google is planning to move its British users' accounts out of the control of European Union privacy regulators, placing them under US jurisdiction instead, the company confirmed late on Wednesday (19 February).

The EU is set to exploit the "untapped potential" of vast troves of industrial and sectoral data, allowing public and private actors "easy access" to huge reserves of information, the European Commission announced on Wednesday (19 February).

The Irish Data Protection Commission has announced that they have launched a formal investigation of Google due to concerns over the way the company processes user location data. 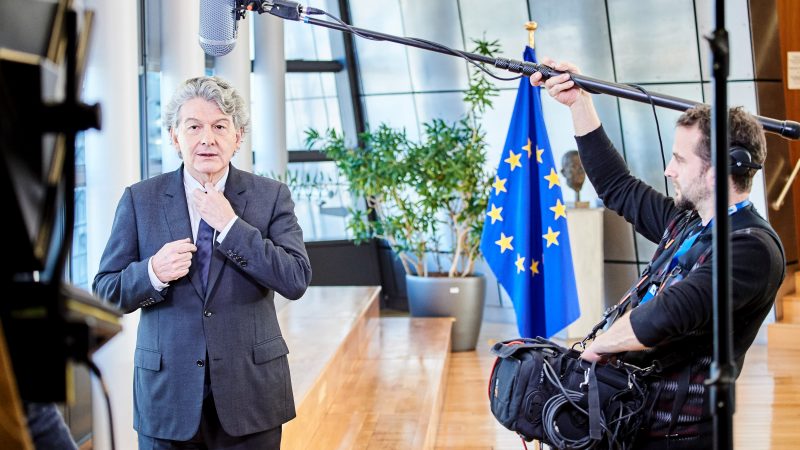 The United States and China are the world's leaders in harvesting and exploiting personal data and the European Union must make sure the same thing does not happen when it comes to business-to-business data, the new EU commissioner for the internal market said.
Read more »»
RSS - GDPR