EURACTIV.com publishes the full video, with subtitles, by Valia Ahchieva for EURACTIV.bg, which led to the arrest and resignation of Neno Dimov, the minister of environment and water, following a water crisis in the city of Pernik that exposed the government's inaction.

Bulgaria's parliament removed all limits for individual and corporate donations for political parties Thursday (4 July), a move which many fear could worsen the country's already endemic corruption.

Bulgarian Prime Minister Boyko Borissov, who has governed the country with small interruptions for ten years, said on Wednesday (8 May) he will not resign following the European elections. According to opinion polls, Borissov’s GERB party (EPP-affiliated) may lose to his arch-rivals, the socialists.

Bulgarian President Rumen Radev issued a stinging critique of the government's record on corruption and press freedom Friday (9 November), saying "the foundations of democracy are being threatened to a critical degree".

In just one day, Bulgarian PM Boyko Borissov, whose country holds the rotating EU presidency, has embroiled himself in a spat with the country's president, been offered Russian citizenship and seen some of his pet projects crumble before his eyes.

The winner of Bulgaria's parliamentary election, the centre-right GERB party, named ministers yesterday (3 May) to a coalition government that will see its leader, Boyko Borissov, return as prime minister for the third time since 2009. The legislature is expected to approve it today. 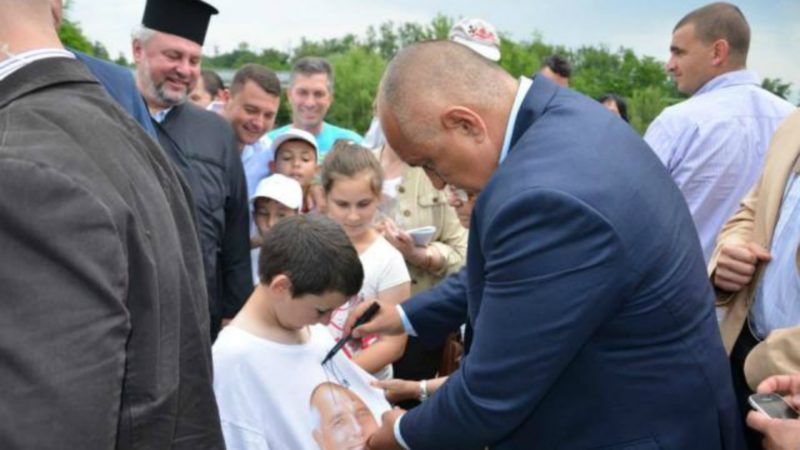 Bulgaria's Socialists hope Sunday (26 March) to win power and end years of dominance by karate-kicking former premier Boyko Borissov, in elections that could tilt the EU and NATO member more towards Russia.

The two main candidates in Bulgaria's upcoming parliamentary election singled out Turkey yesterday (20 March) in separate interviews with AFP for what they see as interference in the campaign.

Bulgaria's caretaker government will not nominate a Commissioner to replace Kristalina Georgieva, which means that her position will not be filled before May, it became clear on Monday (30 January).

Former MEP Ivailo Kalfin, a familiar face in Brussels where he comes regularly as member of the Monti group of the future EU budget, told EURACTIV about the upcoming presidential elections in Bulgaria on 6 November, where he is one of the 21 candidates.

Bulgarians voted on Sunday (12 May) to send four parties to the 240-seat parliament, but with preliminary results showing a horse race between the two leading political blocs, analysts doubted that the party of former Prime Minister Boyko Borissov stood little chance of forming a government.
Read more »»
RSS - GERB