Gas can play a key role in Africa’s energy transition

Prime Minister Boris Johnson meets 16 African leaders at an investment summit Monday (20 January) that will see Britain cast out a net for trading partners in its new life outside the EU.
News

German Chancellor Angela Merkel arrived in Senegal Wednesday (29 August), at the start of a West African tour, with Berlin hoping that development of the continent will help stem migration and boost the fight against jihadism.
Opinion The chocolate industry is fuelling misery in West Africa. The European Union – where more chocolate is consumed than anywhere else – must help end it, writes Julia Christian.
News

A bright idea turned into reality: vaccines are getting to where they are needed, even in the most remote places in several African countries, thanks to specialised refrigeration support from Coca-Cola.
News

MEPs from the European Parliament’s International Trade Committee are in West Africa this week, to monitor the implementation of Economic Partnership Agreements.
Opinion

The EU’s trade deal with Ghana may not have made headlines, but it threatens to undermine the Sustainable Development Goals and West African economic integration, writes Jude Kirton-Darling.
News

EXCLUSIVE / The EU plans to raise the pressure on six African countries to implement controversial free trade agreements by putting an end to their preferential access to the EU market. EURACTIV France reports.
News

MEPs have called on the New Alliance for Food Security and Nutrition to radically alter its mission. The Alliance currently pushes African countries to replicate the intensive agricultural practices employed in many developed countries. EURACTIV France reports.
News

EU countries cannot imprison illegal migrants just for crossing borders inside the passport-free Schengen area, the bloc's top court ruled Tuesday (7 June), in a new blow to efforts to crack down on the migration crisis.
News

In 2014, France launched a drive for greater transparency in its official development assistance. But two years on, results have proved elusive, and France is still among Europe’s worst performers. EURACTIV France reports.
News

The Global Fund has financed anti-malaria programmes in 100 countries since its foundation in 2002. However, there are flaws in the system and the spectre of corruption is ever present. EURACTIV’s partner Der Tagesspiegel reports.
News 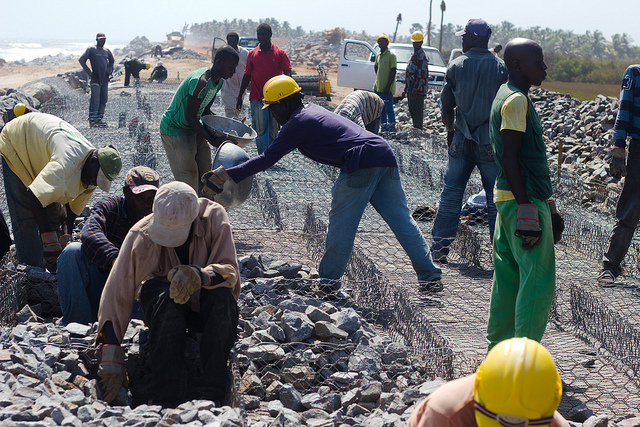 Ghana must remove "ghost workers" from its public sector payroll before the European Union resumes budget support suspended a year ago, the EU ambassador to the West African country, William Hanna, said on Tuesday.
Opinion

There are more than 230 million international migrants worldwide - more than the population of the world’s fifth most populous country, Brazil. To help finance development, new “diaspora” financial instruments, or diaspora bonds, could be created, write Mahmoud Mohieldin and Dilip Ratha.
News

West African nations held last-minute talks yesterday (27 March) to address lingering doubts over an agreement with the European Union that would open up the region's economy of 300 million consumers to tariff-free trade, officials said.
InfographicPromoted content

After the Lampedusa tragedy, several EU leaders called for development aid to be targeted toward countries, mostly in Africa, which are a major source of illegal immigration.
News
Development Policy 29-05-2013

Mobilising domestic revenue through stronger taxation regimes and proper reallocation of funds are critical if some of the world’s poorest countries are to meet the United Nations Millennium Development Goals, according to a report released today (29 May).
News
Development Policy 21-01-2013

Africa still needs massive international development assistance but it also has its success stories, with countries such as Ghana heading towards a possible ‘aid exit’, European Commission officials have told EURACTIV.
RSS - Ghana