The EU's top court ruled on Thursday (23 May) against demands for the European Central Bank to compensate private investors affected by the restructuring of the Greek public debt in 2012.

The European Union's court on Tuesday denied access to a European Central Bank (ECB) document which underpinned its decision to freeze vital funding to Greek banks in 2015, a turning point in the country's financial crisis.

Greece’s position at the heart of the eurozone and the European Union is "secured", according to the European Commission, following remarks made by a former Greek prime minister who claimed the country will soon seek fresh EU aid.

Greece’s pursuit of "sustainable growth" cannot be achieved by one political leader, so all democratic political forces should set aside their ideological differences and form an alliance, Konstantinos Michalos, President of the Athens Chamber of Commerce and Industry, told EURACTIV.com in an interview.

A cleaning lady in Greece has been sentenced to 10 years in prison for falsifying her primary school degree in order to find a job in the public sector, under a penal code article that has remained unchanged since 1950. 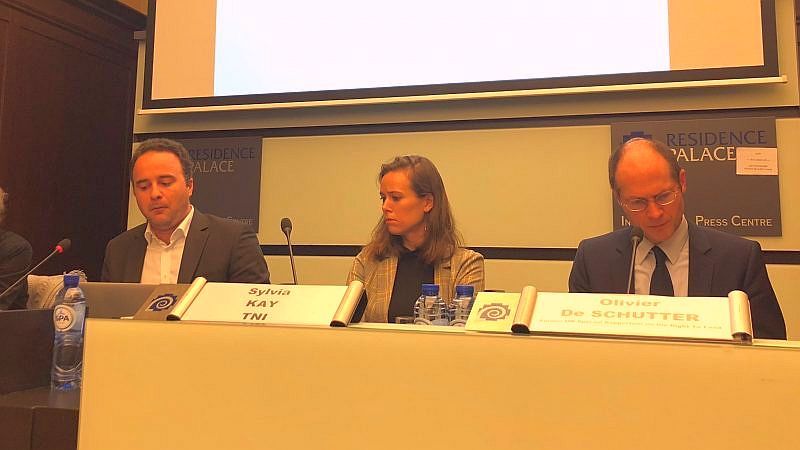 The damage caused by austerity-driven bailouts in Greece could raise the issue of legal liability of the EU institutions and possible compensation, according to Olivier de Shutter, a former United Nations Special Rapporteur on the right to food.

Greece's unemployment rate, the highest in the European Union, has dropped below 20% for the first time in seven years, statistics bureau Elstat reported on 9 August.

EU Economics Commissioner Pierre Moscovici has warned Greek conservative opposition leader Kyriakos Mitsotakis not to undermine the credibility of Greece's deal with the Eurogroup and the exit of the country from the bailout “for reasons of internal politics”.

Greece has accepted a €535 million offer from a consortium led by Italy's Snam for a majority stake in gas grid operator DESFA, naming it the "preferred investor", its privatisation agency said on Thursday (19 April).

The Novartis scandal in Greece exists and the people responsible for it should be dealt with quickly in order to avoid a “social eruption”, Greek business leader Konstantinos Michalos told EURACTIV.com in an interview.
Read more »»
RSS - Greek crisis