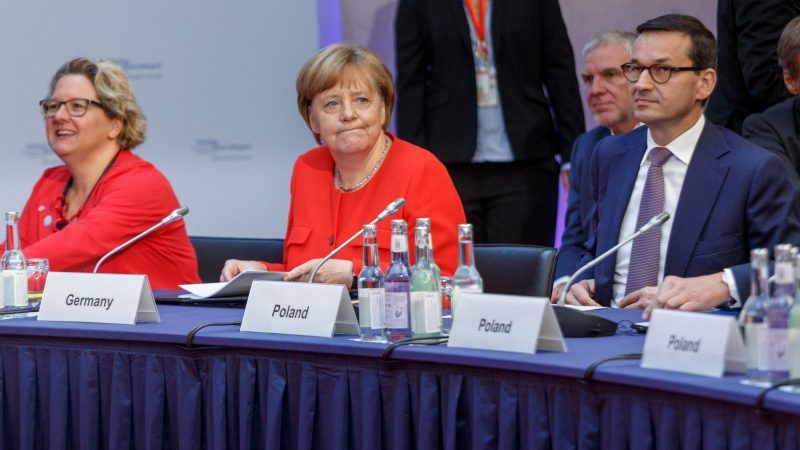 At a meeting of climate ministers in Berlin on Tuesday (19 June), the German chancellor stressed the importance of re-training to help people take part in a greener economy.

Hans Bruyninckx, the director of the European Environment Agency, has urged ministers to carry out fiscal reforms, such as moving tax from labour to activities that damage the environment.
Trade & Society 14-09-2012

France's government begins a review of the world's most nuclear-dependent country's energy policy on Friday (14 September), strongly in support of its small and ailing renewables sector in an effort to boost local jobs and growth.
Special Report
Energy 06-06-2012

Germany's building renovation programme has already mobilised €100 billion in investments, yielding around 300,000 direct jobs per year, according to a new report by the International Labour Organisation (ILO). However, much remains to be done to fulfil the promise of green jobs, experts warn.
Brexit 20-01-2011

Prime ministers from nine northern European countries are meeting in London today (20 January) as part of a British initiative to find ways to boost growth and innovation in green technologies such as offshore wind.

The much-vaunted green economy promises a new stream of jobs at a time of rising unemployment, but are European companies ready to capitalise on this potential? EURACTIV's media network looks at which countries are best-placed to benefit from the green revolution and examines the barriers facing smaller firms.

EU promotes ‘green jobs’ as way out of crisis