US President Donald Trump’s interest in purchasing Greenland was primarily treated as a joke. In fact, the US is right to see the strategic importance of Greenland and the Arctic. The EU should be no less serious about this vital geostrategic space, write André Gattolin and Damien Degeorges.

Without a deeper political agenda, the EU might rapidly lose ground in Greenland to the benefit of China, write André Gattolin and Damien Degeorges.
Special Report 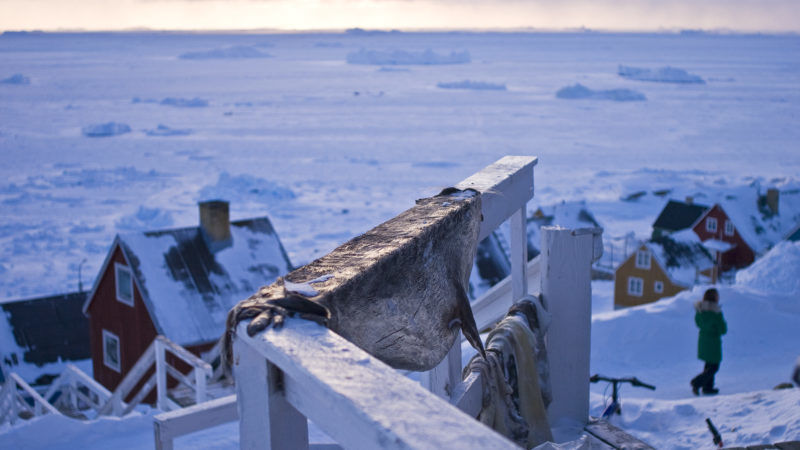 The EU advocates for Blue Economy, the new framework for the sustainable growth in the marine sector. Does Arctic sealing, a traditional activity widely condemned by the EU and others, actually qualify as a component of the blue economy?

After the signing of a new joint declaration further deepening ties between the EU and the self-governed Arctic territory, the inclusion of Greenland in the internal market should be the goal to achieve, write André Gattolin and Damien Degeorges.

After having invested in the East and the South, the European Union should turn its attention towards the North. Greenland, says MP André Gattolin and Dr. Damien Degeorges, should be a priority through a stronger financial investment of the European Union in its Partnership Agreement with this strategic Arctic territory.
Sustainable Development 12-07-2013

Greenland and the Arctic: Still a role for the EU

As the financing of major projects in Greenland will probably come from Asia and given Greenland’s characteristics, the self-ruled territory needs to strengthen its political ties with its direct neighbourhood and historical partners: the Nordic region, the European Union and the United States, writes Damien Degeorges.
Sustainable Development 15-06-2012

China in Greenland: A challenge for the European Union

There are clear signs of competition between the European Union and China to gain access to the strategic assets of Greenland, and they will continue to show during Hu Jintao's state visit in Denmark these days, argues Damien Degeorges.
Climate change 04-06-2012

Denmark’s balancing act on the issue of whaling

When holding the EU Presidency, a country is expected to conduct itself in a transparent manner, coordinating and seeking common ground. But in 2012, Denmark has once again opposed a pro-conservation EU position on whaling, and without appropriately consulting other EU members it has applied for a renewed increase in whaling quotas for Greenland, says Chris Butler-Stroud.
RSS - Greenland