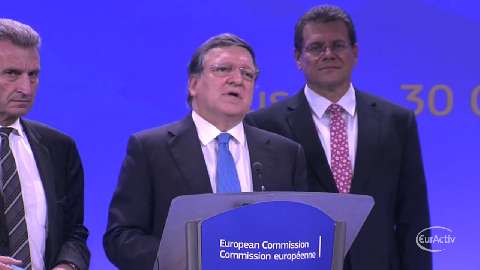 After seven rounds of gas negotiations, Ukraine, Russia and the European Union signed a 4,6 billion dollar gas deal on Thursday. The agreement will see Moscow resume vital supplies of gas to its ex-Soviet neighbour over the winter in return for payments funded in part by Kyiv's Western creditors.
Promoted content

The European Commission confirmed on Wednesday that top EU officials will hold a meeting with Russian President Vladimir Putin and Ukraine's Petro Poroshenko next week in Minsk.
Promoted content
Energy 24-07-2014

The European Commission proposed on Wednesday to reduce Europe's energy consumption by 30% by 2030.
Promoted content
Energy 10-06-2014

Russia, Ukraine and the European Union have agreed to continue talks about Russian gas supplies to Ukraine after overnight negotiations ended without any firm agreement on price.
Promoted content
Energy 27-05-2014

EU, Ukraine contradict each other on gas supply talks

EU Energy Commissioner Gunther Oettinger said on Monday that 'substantial progress was made' but 'no breakthrough yet' in the negotiations on gas supply between Ukraine and Russia. However, Ukraine's state gas company, Naftogaz, said on Tuesday that no real progress was made with Russia's Gazprom over its gas debt and on pricing.
Promoted content 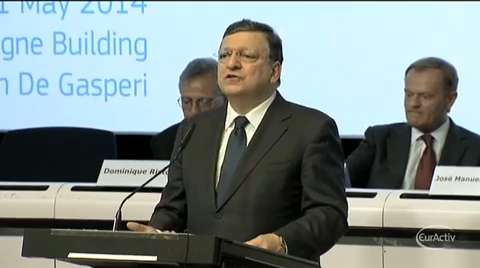 Barroso: “Energy must not be abused as a political weapon”

After the March European Council conclusions, the European Commission will conduct an in-depth study of EU energy security and present a comprehensive plan for the reduction of EU energy dependence by June 2014.
Promoted content 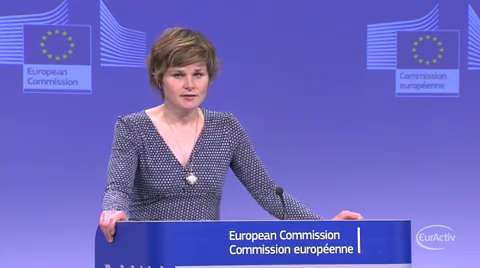 The European Commission welcomed the signature of a Memorandum of Understanding (MoU) on Monday enabling gas flows from Slovakia to Ukraine.
Promoted content 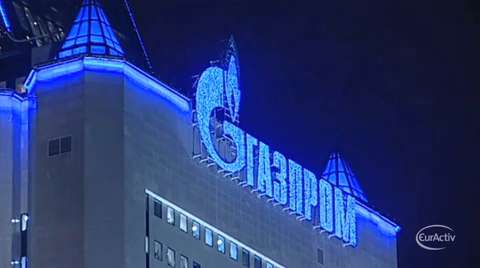 European and Russian officials will meet this week and next for emergency talks to try to prevent Moscow cutting off gas supply to Ukraine.
Promoted content
Energy 10-03-2014

Oettinger on Ukraine: EU should not be ‘too offensive’ towards Russia

Speaking at the EPP Congress in Dublin, EU Commissioner for energy Gunther Oettinger said that the European position in dealing with the Ukrainian crisis should not be 'too offensive' towards Russia. “We should offer them (Russia) an ongoing economic partnership, but warning them what they are doing is not acceptable.', Oettinger said.
Promoted content
Climate change 06-02-2014

The European Parliament sent a “strong message” on Wednesday in favour of an ambitious EU energy and climate policy for 2030, backing legally-binding goals for CO2 emissions, renewables and energy efficiency. parliament voted for a 40% cut in CO2 emissions, a 30% share of the energy market for renewable energy and a 40% improvement in energy efficiency, all by 2030.
Promoted content
Energy 12-12-2013

Following a meeting with the energy ministers of seven countries through the territory of which the South Stream pipeline is planned to pass, Energy Commissioner Günther Oettinger announced today (12 December) that the EU executive will be their advocate to make sure that their bilateral agreements with Russia respect EU law.
Promoted content
Energy 05-10-2012

Despite the 'hundreds' of defects pointed out by a commission's leaked report, the European Commission on Thursday said that the safety of all nuclear reactors across Europe is 'satisfactory". "The safety situation in the EU is at good level and satisfactory. There is no nuclear power plant which must be shut down immediately for safety reasons', said Günther Oettinger, Member of the EC in charge of Energy.
RSS - Günther Oettinger