The implementation of a European unemployment insurance system could begin with the creation of a eurozone budget; a time-consuming but popular idea, according to the French Council of Economic Analysis. EURACTIV France reports.
Opinion 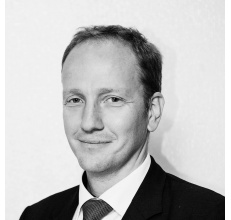 To prevent the misuse of money, the European Commission should vet all national investment projects, writes Guntram B. Wolff. It would be an important step toward establishing the eurozone’s missing fiscal union.
Opinion

EU leaders have to put forward a two-handed approach in the next five years, focusing on policy action on the one hand while framing these policy actions in a broader treaty reform context on the other, writes Guntram B. Wolff.
Opinion
Euro & Finance 13-09-2013

The German court in Karlsruhe is considering referring the European Central bank to the European Court of Justice for its actions during the Eurozone crisis, but the bank has acted in the interests of the Eurozone economy as a whole, and of Germany, writes Guntram Wolff.
VideoPromoted content
Economic governance 15-03-2012

The economic and financial crisis has revealed a number of weaknesses in the economic governance of the EU's economic and monetary union. The EU and its Member States have taken a series of important decisions that will mean stronger• economic and budgetary coordination for the EU as a whole and for the euro area in particular. Thus, in May 2011, the Member States agreed to establish a rescue mechanism worth €750 billion to protect the euro from collapsing under the weight of accumulated debt.
RSS - Guntram Wolff