The head of Germany's Ifo economic institute believes Italians will eventually want to quit the euro currency area if their standard of living does not improve, he told German daily Tagesspiegel (1 January).
News

The eurozone faces economic disaster unless its financially stronger states and its central bank commit to bearing a larger share of the region's debt burden, leading global economists including two advisors to the German government said.
News 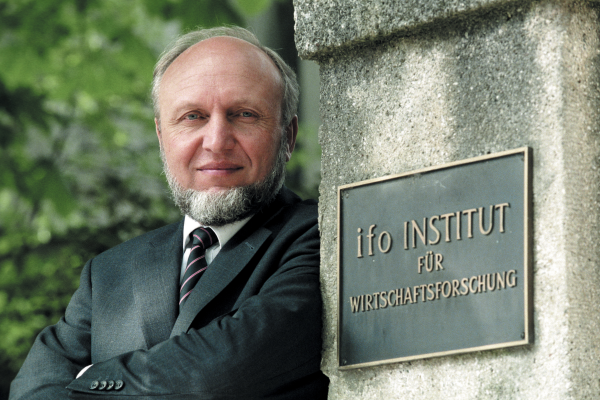 Hans-Werner Sinn, one of Germany’s most influential economists, attacked excessive use of European funds to aid struggling eurozone countries, arguing in an interview with EURACTIV France that it dissuades them from pursuing necessary reforms and reductions in prices and wages.
Opinion
Euro & Finance 25-08-2011

The trouble with Eurobonds

German Chancellor Angela Merkel successfully stood up to pressure from southern Europe and there will be no Eurobonds. This is a disappointment for markets, but for indebted countries the only way to rebuild is to patiently pursue policies of debt discipline and an end to lax budget constraints, argues Hans-Werner Sinn.
RSS - Ifo