EU member states agreed on Monday (20 November) to a new set of rules for organic farming, simplifying the system and creating a level playing field for EU produce and imports. The European Parliament's agriculture committee will vote on the rules on Wednesday.
Opinion

Britain's withdrawal from the EU undoubtedly carries risks but it may also create the opportunity to build a greener, more efficient, and innovative farming sector. If this happens, Ngaire Woods argues, the EU and other economies might follow suit.
News

The United Kingdom is a net importer of goods, both from the EU and the rest of the world. While post-Brexit Britain will remain an important export market for the EU-27, its isolation in Europe and loss of preferential access to the bloc’s trading partners could have dramatic consequences.
Special Report Infographic 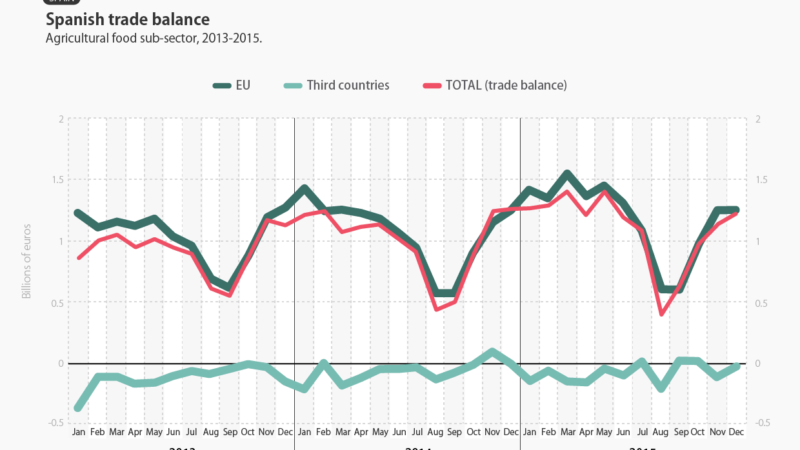 Global trade has its ups and downs and the numbers involved are often difficult to comprehend. EURACTIV's partner EFEAGRO visualises EU agri-trade, with a focus on Spain's contribution, in this infographic.
News

We take the food on our plates so much for granted that we tend to forget that the EU engineered a secure supply after a period of shortage, disruption and even famine within Europe.
Opinion