On 9 April 1989, Soviet tanks rolled into Tbilisi, and Georgians realised Gorbachev’s regime was just as steeped in blood as that of his predecessors. Thirty years on, Georgia remembers its heroes, writes Natalie Sabanadze.
News 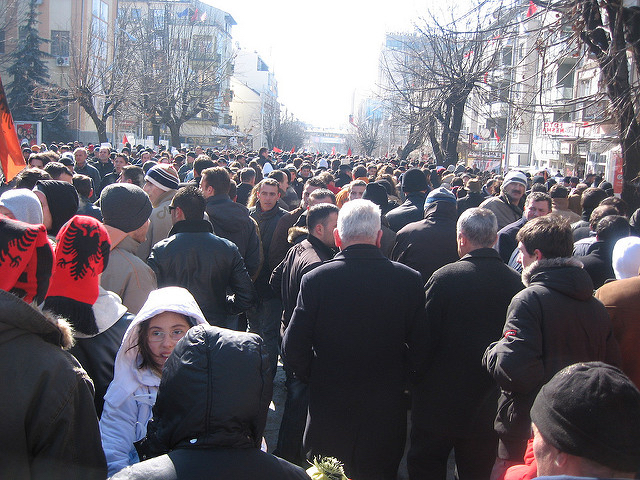 Many of the most radical Catalan separatists believe the autonomous elections on 27 September 27 this year will open the door to the question of secession from Spain. Researcher Ignacio Molina believes this is a dangerous idea.
News 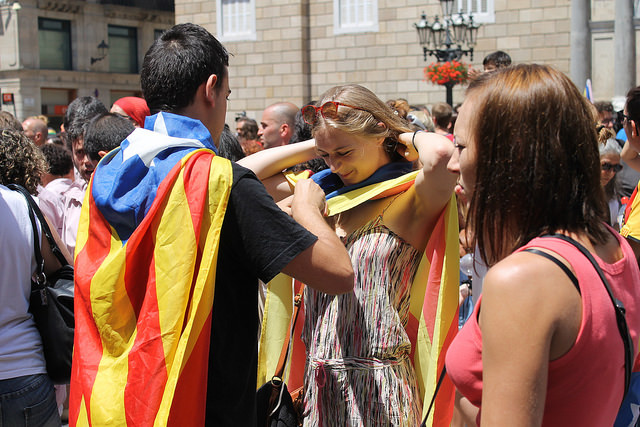 Catalan nationalist parties have signed a road map to secede from Spain in 2017 if independence movements win a September regional vote.
News

Spain's Prime Minister said on Wednesday ( 15 October) that a new "chapter of dialogue" was being opened with Catalonia, after the northeastern region dropped plans to hold a referendum on independence next month.
VideoPromoted content
Economy & Jobs 10-10-2014

“There is no provision in the EU treaties to describe a process like the one is happening in Catalonia”, says secretary for Foreign and EU Affairs of the Government of Catalonia Roger Albinyana.
VideoPromoted content

European Union and NATO officials expressed undisguised relief on Friday (19 September) at Scotland's clear vote against independence from Britain, but some fretted that the genie of separatism may be out of the bottle in Europe.
News

Supporters of Scottish independence from Britain have taken their first opinion poll lead since the referendum campaign began, indicating a real possibility that they might win, according to a YouGov survey for the Sunday Times.
News

An independent Scotland could not rejoin the EU if it used the pound informally, a senior British minister will say on Tuesday (9 September), according to a former top EU official. Scotland's historic independence referendum is less than three weeks away.
News

Business leaders urge Scots to vote ‘no’ in independence referendum

More than 130 business leaders on Wednesday (27 August) spoke out against Scottish independence, saying the economic risks of secession days after the campaign to end the union was boosted by a strong performance in a TV debate.
VideoPromoted content 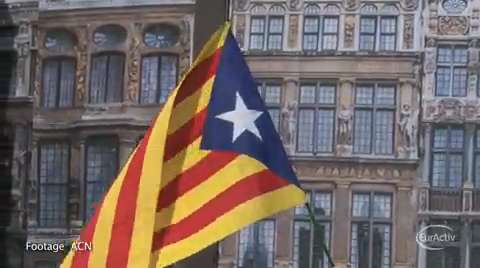 The European Commission insisted on Tuesday that Catalonia would have to leave the EU if it becomes independent from Spain. The comments came after a group of advisers to the Catalan government published a report saying that an independent Catalonia would be able to stay in the EU.
News

Scotland and Catalonia gear up for independence votes

Both regions will vote on their independence this year but the legal issue of their relation to the EU in the case of secession is far from obvious, EURACTIV France reports.
VideoPromoted content 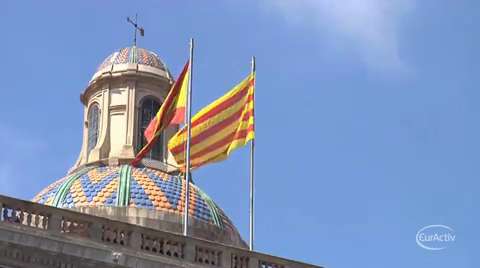 Brussels warned on Monday that the Spanish northeastern region of Catalonia would no longer be an EU member state if it becomes independent from Spain. The European Commission decided on Monday to indirectly set out its position on the Catalan self-determination debate, after it refused to comment on last weeks' pro-independence mass protest in Catalonia. Answering increasing demands from the Catalan government and the Spanish press, a top EU official said that any new independent state would become ' a third country'.
News

Catalonia may be home to Spain’s second city, Barcelona, and one of its most prestigious football clubs, but there is evidence that support for pro-independence parties is on the rise ahead of regional parliamentary elections on 25 November.
Opinion
Future EU 24-09-2012

It is too simplistic to propose that a region could simply remain in the European Union after seceding from its EU member state and that the ‘evaporation theory’ of Belgium's New Flemish Alliance cannot adequately grasp all the political and legal problems which such a scenario would entail, say Guillaume Van der Loo and Merijn Chamon.
Interview
Regional Policy 25-07-2012

Greenland joined the European Economic Community with Denmark in 1973 but left in 1985 due to quarrels over commercial fishing regulations. With Greenland facing new export potential and possible independence from Denmark, the EU must play a pragmatic and constructive role to secure the island’s development, Damien Degeorges says in an interview with EURACTIV.
News

Courted by multinational companies and foreign heads of state over its rare minerals and potential oil resources, Greenland could win full independence from Denmark and join the European Union as a free state, according to one expert on the Arctic.
RSS - Independence