Welcome to EURACTIV’s AgriFood Brief, your weekly update on all things Agriculture & Food in the EU. You can subscribe here if you haven’t done so yet. Intensive farming and the Green Deal In a recent tweet, Agriculture Commissioner Janusz Wojciechowski said that...
News

Lawmakers in the European Parliament's environment committee have voted for a reduction in subsidies going to intensive farming under the common agricultural policy as of 2021. EURACTIV France reports.
News

A third of the planet’s land is severely degraded and fertile soil is being lost at the rate of 24 billion tonnes a year, according to a new United Nations-backed study that calls for a shift away from destructively intensive agriculture. EURACTIV's media partner, The Guardian, reports.
Opinion

The withdrawal of millions of eggs from the market produced in the Netherlands and Belgium should motivate the EU to shift towards a different model of agriculture, argues Martin Dermine.
News

In light of the EU egg scandal, fast food giant McDonald's plans to phase out antibiotics from its poultry production chain starting in 2018. At the same time, the UN has warned of increased risk of antibiotic resistance from intensive animal farming.
Video

An estimated 40% of all the agricultural land in the world today is used to grow feed grains for beef production, a trend that is set to worsen with the rise of the middle class in Asia, warns Jeremy Rifkin.
Interview 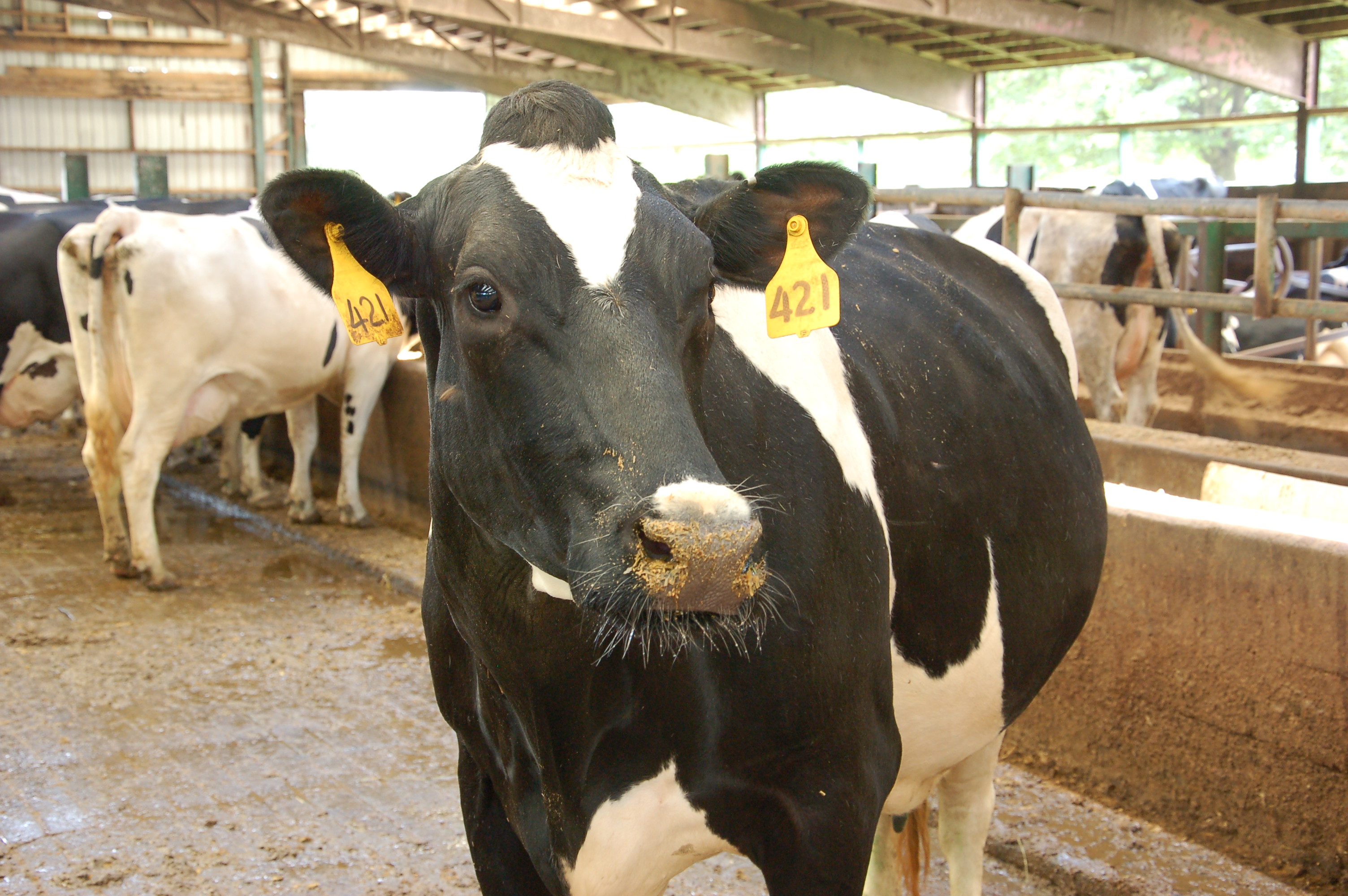 Fabrice Nicolino spoke to the Journal de l'Environnement about the "huge muck-up that agriculture has become". He said it is not too late for things to change.
News 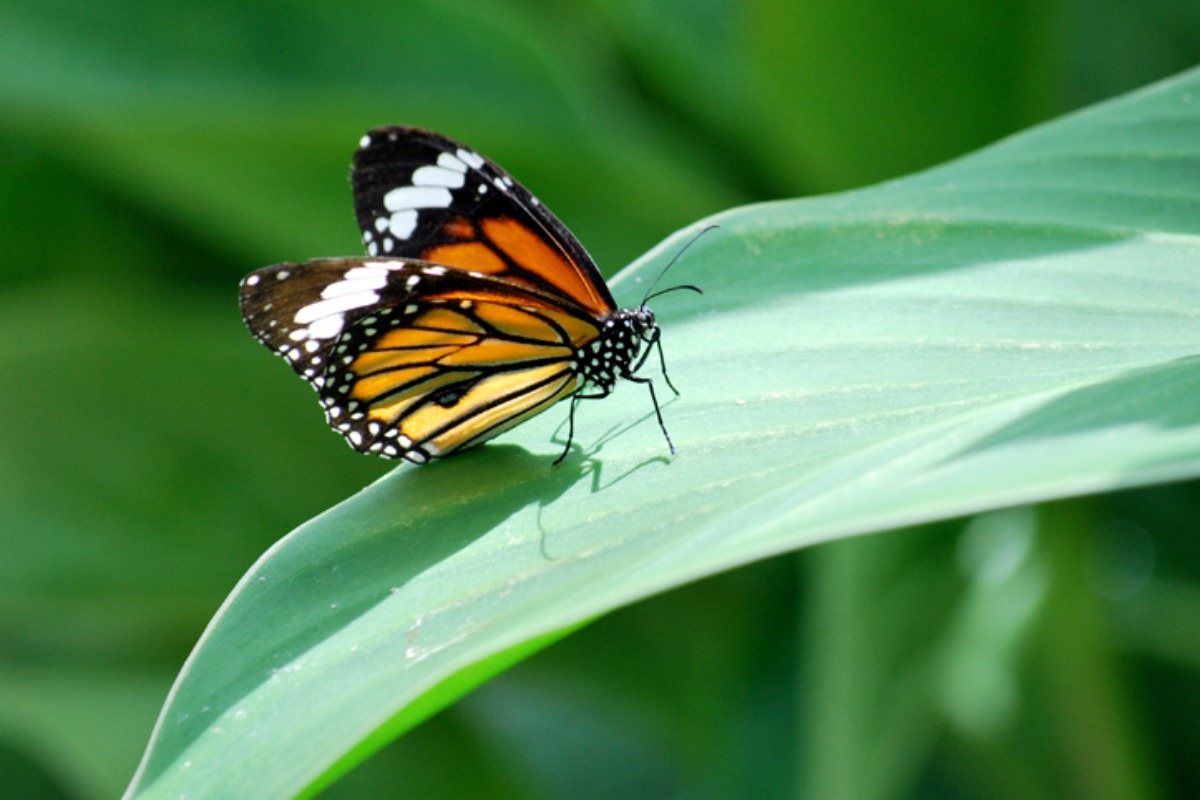 European food safety officials found there was no need to widen buffer zones around genetically modified (GM) crops, even though research shows that pollen from GM maize can travel kilometres further than previously thought.
Opinion 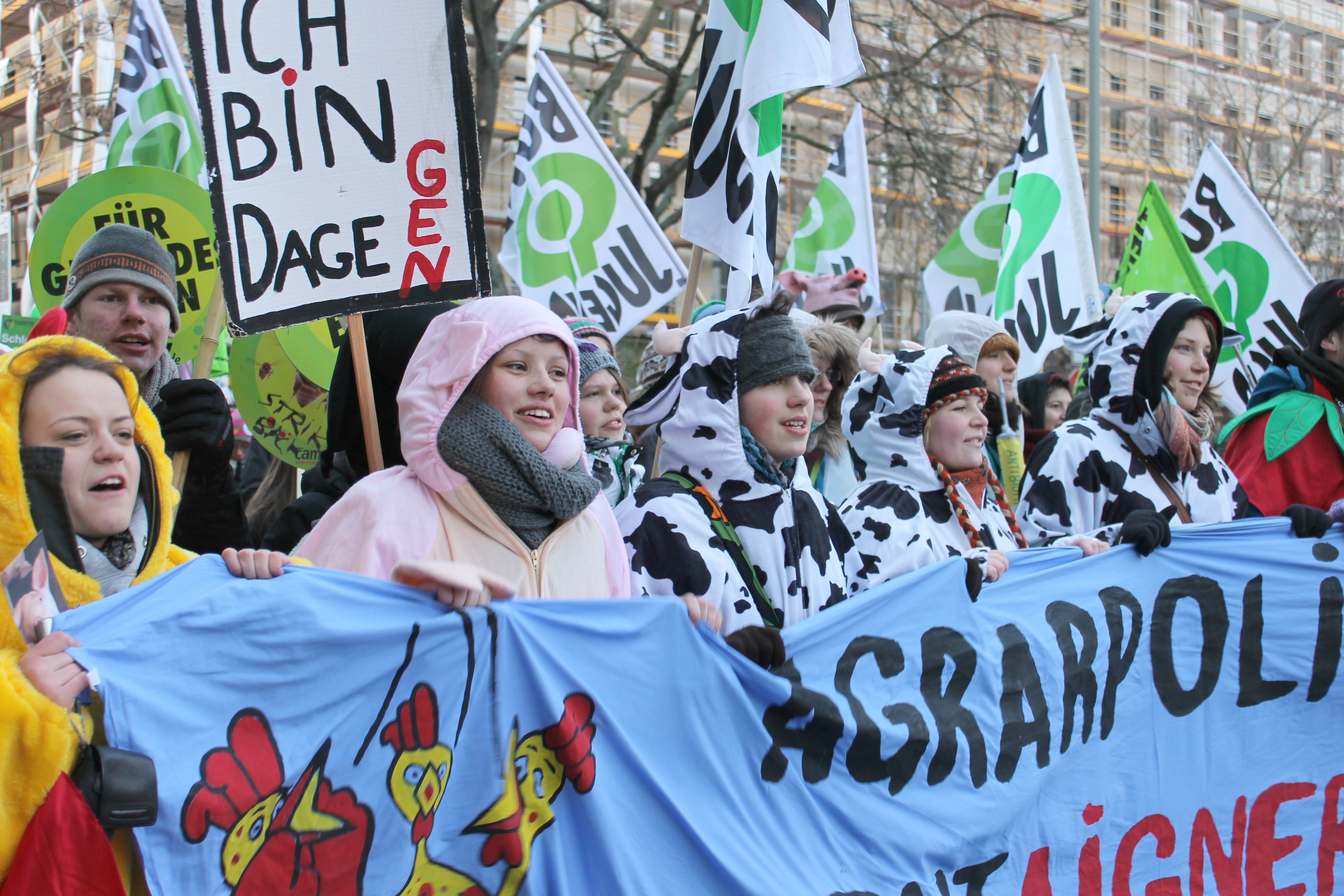 Tens of thousands of people will gather once again in the cold of a Brandenburg winter to protest against what they see as the worst excesses of the food system, writes Oliver Moore.
News

Nitrate pollution remains a major problem in France due to its intensive agriculture. The French Prime Minister has resolved to take action, after a new indictment of France by the Court of Justice of the European Union last week.
News
Agrifood 10-01-2014

Europeans need to more aware of the little-known environmental and social cost of their high-meat diets, green campaigners said at the launch of their global ‘Meat Atlas’ report on Thursday (9 January).
Special ReportNews

SPECIAL REPORT / With the world's population expected to rise to nine billion by 2050, European regulators are pushing for a gradually greener approach to food sustainability, warning that demand for food could cause a number of related crises, such as runaway carbon emissions, waste and obesity.
Special ReportNews

SPECIAL REPORT / Every year the world loses roughly 24 billion tonnes of fertile soil, with chemical fertilisers singled out as one of the main culprits. Yet, agriculture experts are calling for more widespread use of the substances to improve land fertility and boost yields.
News

A new $280m (€208m) initiative to help save the world's remaining forests was launched by the UK, the US and Norway at the United Nations climate change talks in Warsaw on Wednesday.
Opinion
Agrifood 12-11-2013

To meet the probably needed 70 to 100% increase of food supply over the next fifty or so years, agricultural output will have to substantially increase, and most of it will have to come from increased productivity, argues Brian Gardner.
Opinion
Sustainable Development 30-09-2013

In agreeing to come up with a list of Sustainable Development Goals, governments have pledged to take a holistic approach to our global future, therefore viable farming should remain top of the list, argues Abdulrahman Jawahery.
News
Agrifood 25-09-2013 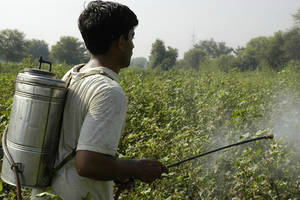 The UN’s agricultural organisation has urged governments in developing countries to ban a toxic pesticide – already outlawed in the European Union – linked to the deaths this month of more than 20 children in India.
VideoPromoted content 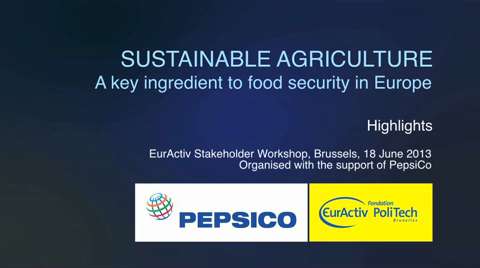 Food security and food sustainability are key EU priorities in 2013. By the end of 2013, the European Commission is expected to follow up on its Resource Efficiency Roadmap with a Communication on Sustainable Food. How can this new policy framework best integrate a long- term approach to food and the environmental, social and economic pillars of sustainability? What options are at our disposal in Europe?
VideoPromoted content 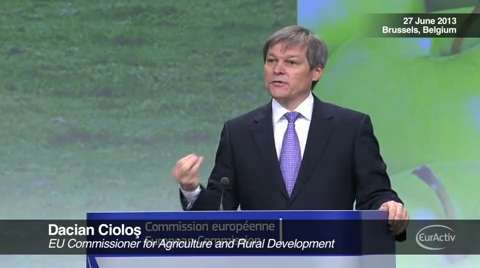 EU negotiators sealed a deal yesterday (26 June) on future farm policy after months of haggling over how ambitious the policy would be on ending quotas, overhauling direct payments to farmers and making agriculture more environmentally responsible.
News

EU negotiators sealed a deal yesterday (26 June) on future farm policy after months of haggling over how ambitious the policy would be on ending quotas, overhauling direct payments to farmers and making agriculture more environmentally responsible.
News

MEPs exercised their power to shape agricultural policy for the first time on Wednesday (13 March), voting to adopt a controversial package of legislation that now faces a fresh round of negotiations with national leaders. EURACTIV reports from Strasbourg.
Read more »»
RSS - Intensive farming