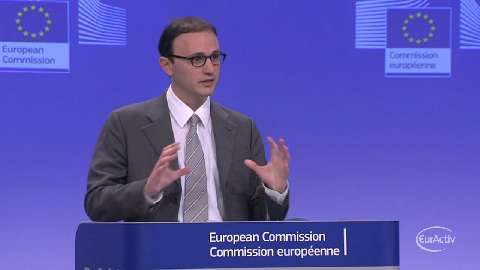 In one of two court rulings involving MasterCard this week, European judges will decide whether the company broke competition law when setting interchange charges for cross-border card payments.
Opinion

Consumers are being fleeced by card currency conversion charges

The Commission's proposed regulation on payment services will legitimize dynamic currency conversion (DCC), a practice where consumers are charged a hefty mark-up to pay bills on card in their own currency, writes Eric Grover.
News

Consumer and business organisations have called on the Italian Presidency of the EU and new European Parliament to make legislation capping payment card fees its “absolute priority.”
Interview

Verschueren: The lower the interchange fees, the more merchants will accept card payments

The vote in the economic and monetary committee of the European Parliament on Thursday (20 February) to cap fees charged by payment cards companies is a step in the right direction: If you want to be on the side of merchants, you cannot be anything else than supportive of this regulation, says Christian Verschueren to EURACTIV Czech Republic.
News

The economic and monetary affairs committee of the European Parliament voted on Thursday (20 February) in favour of caps to the fees charged by payment cards companies and banks on shoppers’ purchases, paving the way for the entry into force of the new legislation.
News

A top legal official in the European Court of Justice yesterday (30 January) advised the EU judges to reject an appeal made by MasterCard over the fees it charges on payment transactions.
Opinion
Euro & Finance 18-11-2013

Europe would benefit from more, not less, dynamism, competition and innovation in payments if MEPs rejected the Commission's proposal for maximum interchange fee levels for transactions in the EU, writes Eric Grover.
Interview