A huge electricity blackout that left more than one million Brits in the dark earlier this month was caused by a lightning strike, according to preliminary findings presented by the country’s grid owner on Tuesday (20 August).

Five binding offers have been submitted for the use of the natural gas pipeline between Bulgaria and Greece, the joint venture building the link said in a statement.

The Bulgarian government has proposed a package of energy cooperation projects to Azerbaijan. It remains unclear if the massive deal is part of a swap of property linked to a plan to divest 17% of Azerbaijan’s shares of Greek gas operator DEFSA to a third country.

The Baltic states' goal of integrating with Europe's power grid risks cutting off an exclave of Russian territory, exacerbating regional stresses created by the Ukraine crisis.

EU leaders Thursday night (23 October) committed by 2030 to reduce greenhouse gas emissions by at least 40%, and increase energy efficiency and renewables by at least 27%.
Special Report

SPECIAL REPORT: In his capacity of Prime Minister of Poland, Donald Tusk has spearheaded the idea of an EU energy Union, and leading Polish politicians expect him to continue to do so as Council President, when he will take up the job from Herman Van Rompuy on 1 December.

Lithuania and Poland have asked the European Union to cover up to 75% of the costs of a gas link between the two countries, their national gas grid companies said yesterday (21 August).

While EU leaders make passionate pleas to coordinate national energy policies towards Russia, the Czech Republic said it would not back a Polish proposal to create a single body to buy gas for the European Union.

EU countries are urged to speed up the connections of their gas and electricity grids, according to a draft European Commission report on investment in energy infrastructure, seen by EURACTIV. 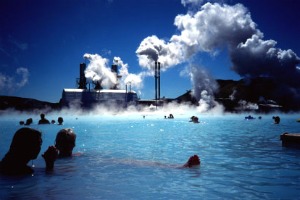 The volcanoes of Iceland could soon be pumping low-carbon electricity into the UK under government-backed plans for thousands of miles of high-voltage cables across the ocean floor.

On the eve of the 4 February EU energy summit, several prime ministers will gather in Brussels to mark their agreement for the North-South gas corridor, a project aimed at removing internal bottlenecks for gas transport. The announcement was made by Commission President José Manuel Barroso yesterday (31 January).
RSS - interconnectors