Paris and Berlin are sticking together in the face of the American trade threat. Both countries want to do everything possible to avoid the introduction of new customs duties between Europe and the US. EURACTIV France reports.
News

The International Monetary Fund continues to project global growth at 3.9%  in 2018, but a rise in trade tensions “are an important downside risk”. EURACTIV’s partner La Tribune reports.
News

According to a study by the EU’s Intellectual Property Office, revenue losses generated by counterfeiting in Europe remain high. EURACTIV.fr reports.
News

Forest nations are calling on the EU to strengthen the control of supply chains for products causing deforestation such as palm oil or cocoa. EURACTIV.fr reports.
News

The European Commission is reviewing the 12 data transfer agreements it has with countries outside the bloc, as part of a scrutiny process that could potentially result in the deals being axed.
Opinion

A reduction of Germany's trade surplus is in the long-term self-interest of the country itself, writes Thieß Petersen.
News

After a heated debate in Parliament on Wednesday (15 February), MEPs have given the green light to the EU-Canada trade agreement, clearing the way for the deal to come into force provisionally this spring.
Opinion

If the EU can overcome its many internal problems in 2016, especially the refugee and UK issues, then it will be able to make a greater impact in the external field, writes Fraser Cameron.
News

The European Parliament unexpectedly voted on Wednesday (20 April) in favour of a mandatory monitoring system for minerals originating from conflict zones. But negotiations with the Council and Commission will be tough. EURACTIV France reports.
News

Half of the European Parliament's committees have rejected the Transatlantic Trade and Investment Partnership's (TTIP) investor-state dispute settlement mechanism (ISDS), casting doubt over the trade deal's prospects of to passing through Parliament. EURACTIV France reports.
Video 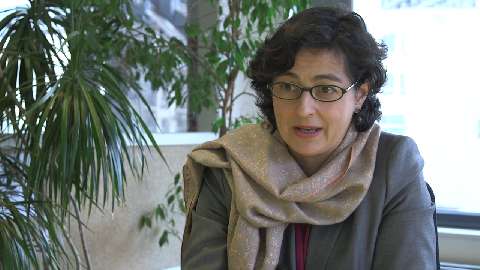 The executive director of the International Trade Centre has told EURACTIV that the European Commission’s review of trade policy is a chance to give women and small businesses a greater role in trade relations.
News

MEPs from the Committee on International Trade have rejected a set of binding regulations for certain minerals extracted in conflict zones, in favour of a less ambitious system of self-certification, which would exclude some minerals entirely. EURACTIV France reports.
Opinion

International trade creates wealth and opportunities around the world. But the richest countries must take care to foster, not weaken the poorest, writes Anabel Gonzalez.
Read more »»
RSS - international trade