Ireland needs a stable government for the post-Brexit negotiations

The post-Brexit negotiations with the UK are particularly vital for Ireland and dealing with them requires a stable government in office, writes Dick Roche.
News

Ireland's Fianna Fáil will step up efforts to form a government by starting formal engagement with other parties, except Sinn Féin, after marginally winning the most seats at an inconclusive 8 February election.
Video 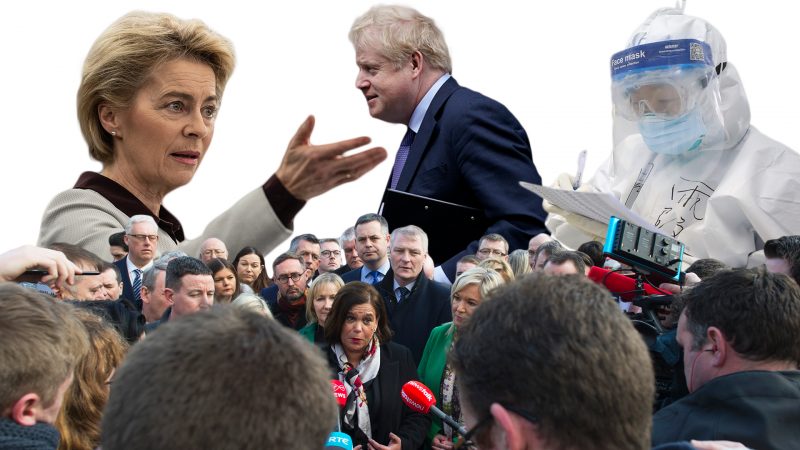 Welcome to Euractiv’s EU Tweets of the Week VDL issues Boris an Ozzie correction, efforts continue to stop coronavirus infection and Irish give tight result in general election. This episode is supported by ACI Europe, find out more about them...
Opinion

Ireland's Prime Minster Leo Varadkar said on Sunday (12 January) he had made a decision on the timing of a general election, with many media outlets and politicians predicting a 7 February poll.
News

Support for Ireland's Green Party surged in European and local elections, an exit poll showed on Saturday (25 May), putting it in line to take its first seats in the European Parliament for 20 years and make the biggest gains in county and city councils.
News 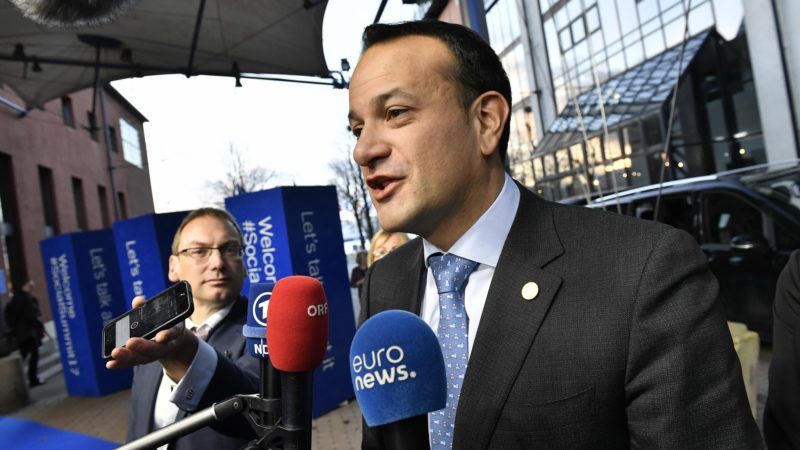 Irish PM ‘doing everything he can’ to avoid election

Irish Prime Minister Leo Varadkar "is doing everything he can" to avoid a snap general election, his spokesman said, but the crisis that has brought his minority government to the brink showed no obvious sign of resolution on Sunday (26 November).
News

Leo Varadkar was elected Irish prime mnister yesterday (14 June), making the 38-year-old son of an Indian immigrant the first gay premier of the once-staunchly Catholic country and the youngest person to hold the office.
News

Enda Kenny announced yesterday (17 May) he will step down as Ireland's prime minister after six years once his Fine Gael party elects a new leader.
News

Ireland's cabinet agreed today (2 September) to join Apple in appealing against a multi-billion-euro back tax demand that the European Commission has slapped on the iPhone maker, despite misgivings among independents who back the fragile coalition.
News

Enda Kenny was re-elected Ireland's prime minister on 6 May to end 10 weeks of political deadlock, when his party's biggest rival abstained to usher in the first minority government in decades -- and one many believe will be short-lived.
News

An election campaign fought on the basis that Ireland will renegoiate the terms of its €85 billion EU/IMF bailout appears to have paid off as the centre-right party, Fine Gael, clinched a resounding victory during this weekend's elections.
News

Irish government on brink of collapse

The Irish government led by Brian Cowen, which last week succeeded in ratifying the EU's Lisbon Treaty in a second referendum, could collapse in the coming days following an expenses scandal which has rocked the beleaguered ruling coalition.
News

Ahern in search of new coalition

Irish Taoiseach Bertie Ahern is preparing this week for an unprecedented third term in office that will make him the most successful politician in modern Irish history - and the longest serving leader in Europe - after victory in last Thursday’s election (24 May).
News
25-04-2002

Beginning of the election campaign in Ireland

On 24 April, the Irish Prime Minister Bertie Ahern announced the dissolution of the Irish Parliament - the Dail - and the launch of a three-week election campaign. The elections are expected to be held on 17 May.
RSS - Irish elections