During the negotiations for the 2014-2020 EU budget, the European Commission appeared to have forgotten that the Lisbon Treaty entails new responsibilities that require at least a minimum of funding, says Alain Lamassoure, MEP and head of the negotiating team for the financial framework.
News 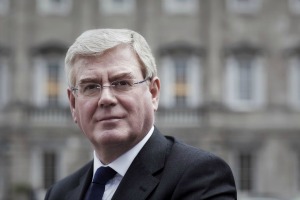 EU ministers are pressing to conclude negotiations on the EU’s 2014-2020 budget before the term of the Irish presidency ends in June.
News

Agriculture ministers meeting in Brussels on Tuesday (19 March) forged an incomplete compromise farm policy ahead of key negotiations on the future of the Common Agricultural Policy (CAP), with Slovakia and Slovenia refusing to sign off on the deal.
Interview
Development Policy 14-02-2013

With the EU agreeing a near freeze in overseas development aid, persuading citizens to back further national contributions will be a tricky but necessary task, says Irish Trade and Development Minister Joe Costello.
News
Development Policy 14-02-2013

INFOGRAPHIC / Andris Piebalgs, the European development commissioner, has called on EU member countries to compensate the aid cuts from the bloc's long-term budget that were agreed by EU leaders at a summit last Friday.
Special ReportNews

EU and medical devices industry at odds over regulation

Following the implant scandal in which women were given industrial rather than medical-grade silicon, the EU has moved to tighten up regulation on medical devices. But industry says the new proposal “does not contribute to patient safety” and will affect the EU’s speed to market and cripple innovation.
News

European development ministers have agreed that the EU will speak with one voice in future international negotiations on new targets for sustainable growth and eradicating extreme poverty.
News
Health 24-01-2013

Reacting to the furore over the discovery of horse meat in Irish beef patties, MEPs on Wednesday (23 January) called for stronger EU labelling laws as Ireland's agriculture minister defended the safety of his country’s meat products.
News
Agrifood 24-01-2013

European Commission President Jose Manuel Barroso and his team of EU commissioners travelled to Dublin on Thursday to mark the start of the Irish presidency. Prime Minister Enda Kenny wants to use his presidency term to clinch a deal on restructuring Ireland's bank debt and successfully exiting the bailout programme. Banking supervision and reaching a deal on the EU budget will also be amongst Dublin's priorities.
News

Irish presidency will do all it can to avoid a ‘Brexit’

Ireland vowed to be honest broker and do whatever it can to avoid a British exit from EU membership, which is now at the top of the EU political agenda after Prime Minister David Cameron said that Britain must use the upheaval created by the eurozone crisis to forge a new relationship with the European Union.
News

The future of Europe’s agriculture policy shouldn’t be held hostage by the EU’s budget impasse, Ireland’s agricultural minister said in calling for negotiations to move forward even if final figures on spending are unknown until spring.
VideoPromoted content
EU Priorities 2020 18-12-2012

Stability, jobs and growth. This is the motto that will define Ireland's upcoming EU Council presidency starting on January 1st. On Monday Ireland unveiled their agenda for the next 6 months. Banking supervision and reaching a deal on the EU budget will take center stage. But with EU leaders failing to reach consensus on the next EU long-term budget in November, the Irish will be under pressure to clinch a deal.
News 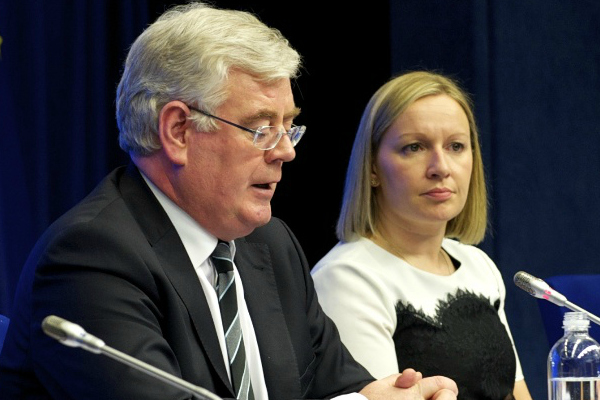 The upcoming Irish presidency of the EU Council of Ministers will be one of realism and optimism, Deputy Prime Minister Eamon Gilmore told reporters during a hand-over event in Brussels. Ireland, he said, hoped to become the first country to emerge from the EU/IMF bailout programme.
News
Energy 04-12-2012

Energy ministers from the 27 EU countries pledged to maintain momentum for a post-2020 renewables policy framework after a meeting in Brussels yesterday (3 December), but behind the formulaic words, old divisions remained.
Policy Brief
Security 03-07-2004

The priorities of the Dutch presidency are further EU enlargements, justice and home affairs, giving the EU a wider role in external relations, the sustainable growth of the European economy and the financial perspectives for the period 2007-2013.
News
Security 03-06-2004

What’s next for Justice and Home Affairs?

Integration of legal immigrants, the fight against illegal immigration and terrorism are the top priorities for the new Justice and Home Affairs agenda, says the Commission.
News
Future EU 05-05-2004

Although nearing the end of its mandate, Parliament will continue to defend its interests in IGC, MEPs have said. Commissioner Vitorino has warned against adding new confusing criteria in the double majority voting.
News
Security 04-05-2004

A presidency document includes new elements but does not touch upon the most controversial issues, including qualified majority voting.
News
Future EU 25-03-2004

Presidency optimistic prior to crucial summit meeting on Constitution

At a dinner meeting with EU leaders on 25 March, the Irish Presidency will seek confirmation "that there is a shared political will to move to an early overall agreement".
News
Security 12-02-2004

The Parliament has called for a new summit of heads of state and government to focus exclusively on Justice and Home affairs issues. Most MEPs argued that legal immigration should be given a higher priority on the EU agenda.
News
Security 11-02-2004

The Parliament's annual debate on JHA is of particular importance this year due to the May 2004 deadline for the implementation of the Amsterdam Treaty provisions on the creation of the so-called "Area of Freedom, Security and Justice".
News
Innovation & Industry 19-01-2004

During its time at the helm, the Irish Presidency will be paying special attention to the education sector, which it regards as central to the success of the ambitious Lisbon strategy.
News
Future EU 15-01-2004

In the transport sector, the Irish Presidency will focus on measures aimed at stimulating growth and 'modal shift' towards sustainable transport in an enlarged Union.
Read more »»
RSS - Irish EU Presidency