Judges at the International Criminal Court (ICC) ruled on Thursday (17 August) that a former Islamist rebel who was jailed for wrecking holy sites in Timbuktu was liable for €2.7 million in damages.

Gunmen killed more than 120 people in a wave of attacks across Paris on Friday (13 November), shouting "Allahu Akbar" as they massacred scores of diners and concert-goers and launched suicide attacks outside the national stadium. 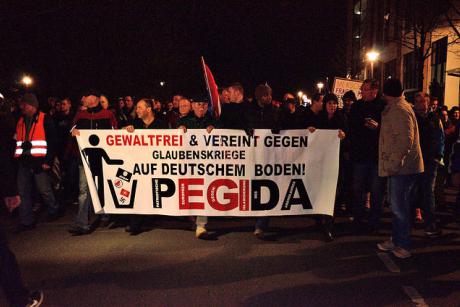 While Pegida followers in Germany claim to be protesting against the supposed threat of “Islamisation”, a recent survey shows this issue hardly plays a role for many participants. EURACTIV Germany reports. 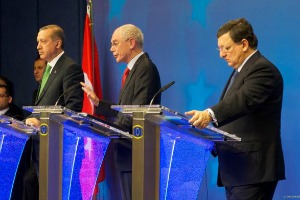 Turkish prime minister Recep Tayyip Erdo?an explained to the European Union’s top officials yesterday (21 January) why he hastily tried to push through sweeping changes in the Turkish judicial system, something which raised alarms in Brussels. But he seemed unable to convince EU officials, who seemed more concerned about the bill's compliance with EU principles than the motives behind them.

The Turkish government has purged hundreds of police, among them senior commanders, since a graft scandal erupted on 17 December. The European Commission issued today (8 January) a warning that recent developments in the largest candidate country are a ‘matter of concern’ for the EU executive.
Global Europe 22-08-2013

The European Union stopped short of agreeing immediate cuts in financial or military assistance to Cairo yesterday (21 August), as the bloc's foreign ministers held emergency talks to find ways to help bring an end to violence in Egypt.
Global Europe 18-06-2012