In the context of the Libyan civil war and unfolding revolutions across the Arab region, Turkey is stepping up efforts to make its mark as a role model and diplomatic broker. EURACTIV Turkey contributed to this article.
News

A Bahraini police crackdown on pro-democracy protesters, two days after Saudi Arabia sent in 1,000 troops to bolster its longtime Gulf Arab ally, is expected to heighten Sunni-Shi'ite tensions in Bahrain and beyond.
Interview

The main difference between revolutions in Eastern Europe in 1989 and the current wave of 'Jasmine Revolutions' is that it is difficult to say which way the unrest in the Arab world is heading and harder to say what each of them is rejecting, Philip Dimitrov, a Bulgarian anti-communist leader, told EURACTIV in an exclusive interview.
Opinion
Global Europe 04-03-2011

In the wake of this spring's popular uprisings across the Arab world the EU must now think in terms of billions, not millions, in aid for reforming countries, writes European Parliament Vice-President Edward McMillan-Scott in an exclusive op-ed for EURACTIV, calling on the bloc to seek comprehensive engagement in their democratic and transition processes.
News

Ahead of a special EU summit on Libya and the South Mediterranean next week, European Commission President José Manuel Barroso described the unfolding events as "a rendez-vous with history". Hours later, UK Deputy Prime Minister Nick Clegg spoke of "the biggest geopolitical event of the last decade".
Opinion
Med & South 28-02-2011

A European Union pledge to help Tunisia's transition with 258 million euros is "ridiculous" and shows that Brussels is not up to the task of dealing with the crisis in North Africa, a Tunisian minister said yesterday (17 February).
News

Inspired by revolts that have toppled Arab rulers in Tunisia and Egypt, protesters in Bahrain, Libya and Yemen have taken to the streets to demand the resignations of their own heads of state. The European Parliament yesterday (16 February) debated the unfolding events.
News

The unfolding Egypt crisis has eclipsed the agenda of today's (4 February) EU summit, which was expected to focus on energy and innovation. But it has also revealed the limitations of the European Union's High Representative for foreign policy, Catherine Ashton, who has had to take a back seat as the 'Jasmine' revolutionary wave rolls on.
Interview
Med & South 03-02-2011

Morocco, a stable country in difficult surroundings, is ready to play the role of a "locomotive" for the entire region provided that the EU also assume its responsibilities, Ambassador Menouar Alem, who heads the Mission of the Kingdom of Morocco to the European Union, told EURACTIV in an exclusive interview.
News
Med & South 03-02-2011

Morocco's message to the EU in the context of unfolding revolutions in the region is a wider risk that a zone of unlawfulness stretching from the south of Algeria to the north of Mauritania to Mali and to Niger - a haven for AlQaeda - could expand, the Moroccan envoy to Brussels told EURACTIV in an exclusive interview.
Opinion
Global Europe 31-01-2011

Recent events in Tunisia will have a profound impact on democracy and political freedom in the Arab world, while the EU – which had turned a blind eye to authoritarian rule and corruption in the country – must support the 'Jasmine Revolution', writes Eberhard Rhein in a January blog post.
News
Global Europe 31-01-2011

EU foreign ministers are meeting today (31 January) in Brussels against a backdrop of unfolding revolution in Egypt, revolts across North Africa, tensions in Sahel, Sudan and Côte d'Ivoire, and a human rights stand-off with Belarus.
News 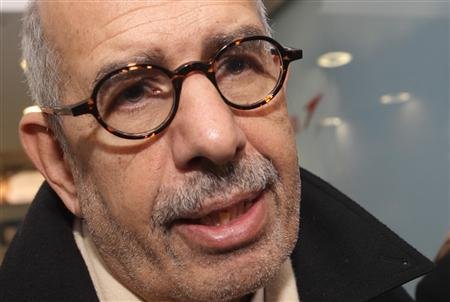 EU foreign affairs chief Catherine Ashton called today (27 January) on the Egyptian authorities to exercise restraint after street violence escalated. Prominent Egyptian reform campaigner Mohamed ElBaradei said he was ready to assume power in Egypt if the people called for him to do so.
News
Global Europe 26-01-2011 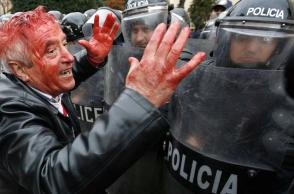 A wave of protests apparently inspired by Tunisia's 'Jasmine' revolution, which has already spread to Algeria and Yemen, has now hit EU hopeful and NATO member Albania. The country's prime minister, Sali Berisha, on 22 January slammed the opposition for what he called a "Tunisia-style" revolt.
News

A group of Algerian opposition supporters trying to hold a banned protest clashed with police in the country's capital on Saturday (22 January) with several people injured, protest organisers and official media said.
News

Tunisia's prime minister promised to announce a new coalition government today (17 January), hoping to maintain the momentum of political progress following the 'jasmine revolution' that took place on Friday and the ousting of the country's authoritarian ruler.
RSS - jasmine revolution