Europe on Monday (13 May) urged the US not to further escalate tensions over the Iran nuclear deal, with Britain issuing a stark warning of the risk of conflict erupting "by accident" in the Gulf.

Germany and France voiced cautious optimism Monday that Russia and Ukraine will take steps to revive the long-stalled peace process in the smouldering Ukraine war that has claimed 10,000 lives.

European powers vowed to keep the 2015 nuclear deal alive without the United States by trying to keep Iran's oil and investment flowing, but admitted they would struggle to provide the guarantees Tehran seeks. 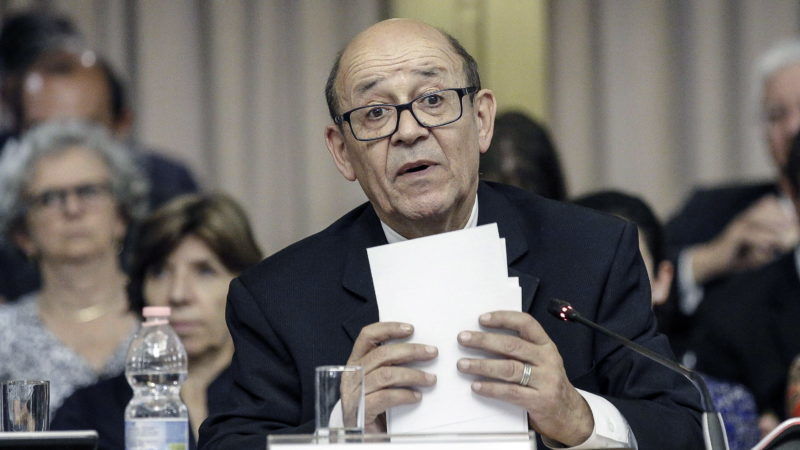 Venezuela's government and opposition will hold a round of talks in the Dominican Republic today (13 September), France's foreign minister said yesterday, warning Caracas that it risked EU sanctions if it failed to engage in negotiations.

As the member states rapidly progress in their own personal cyber arms race, the bloc’s institutions risk being left behind. EURACTIV Germany reports.

The European Union agreed yesterday (23 May) to broaden the mandate of its naval mission to combat refugee smuggling off Libya by agreeing to train the Libyan coast guard and navy.

The extreme right party collected 6.8 million votes in Sunday's regional elections (13 December). With 27.39% of all votes cast, it beat its performance in the 2014 European elections by 2%. EURACTIV France reports.

France and Russia bombed Islamic State targets in Syria yesterday (17 November), punishing the group for attacks in Paris and against a Russian airliner that together killed 353 people, and made the first tentative steps toward a possible military alliance.
Read more »»
RSS - Jean-Yves Le Drian