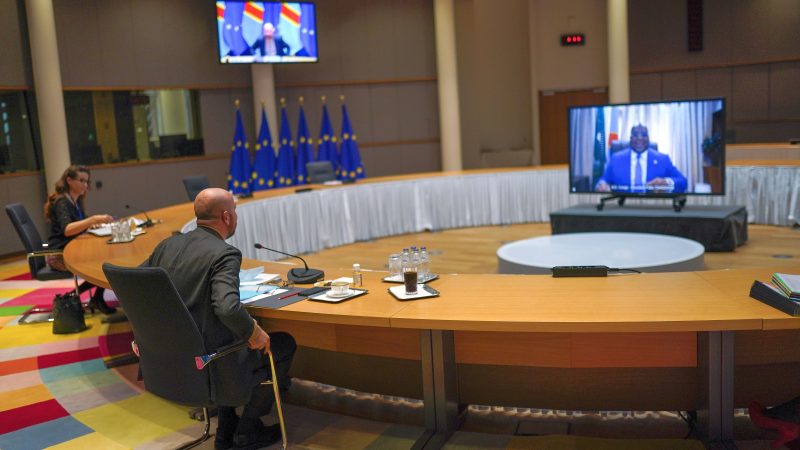 Security forces patrolled the streets of Kinshasa yesterday (18 December) after the suspension of last-ditch talks seeking a peaceful end to a crisis sparked by the end of Congolese President Joseph Kabila's mandate.
News

The European Union will prepare economic sanctions on the Democratic Republic of Congo unless its ruling coalition, which has delayed next month's elections, holds a fresh vote early next year, diplomats say.
News

Denis Sassou Nguesso is widely expected to extend his nineteen-year grip on the Congolese presidency during elections on Sunday (20 March), despite international concerns about the fairness and transparency of the poll.
RSS - Joseph Kabila