The United States and Russia traded warnings against interfering in Venezuela on Wednesday (1 May), a day after US Secretary of State Mike Pompeo accused Moscow of stopping President Nicolas Maduro from leaving the country.

EU and Latin American efforts to resolve the Venezuela crisis peacefully are too slow and must be accelerated, Spain's foreign minister Josep Borrell said Monday (8 April).

Venezuelan President Nicolas Maduro's government ruled out a change of heart on its expulsion of the German ambassador Thursday (7 March) after the European Union urged it to reconsider.

The European Union on Monday (25 February)  urged countries to avoid any military intervention in Venezuela.

World powers are taking sides in the struggle between the rivals to lead Venezuela, which has ranged some Western nations against Russia, China and others.

The head of Venezuela's opposition-controlled parliament and self-proclaimed interim president, Juan Guaido, said on Wednesday (30 January) more than 5,000 brief protests were staged around the country to demand an end to what they call the "usurpation of power" by President Nicolas Maduro. EURACTIV’s partner efe-epa reports. 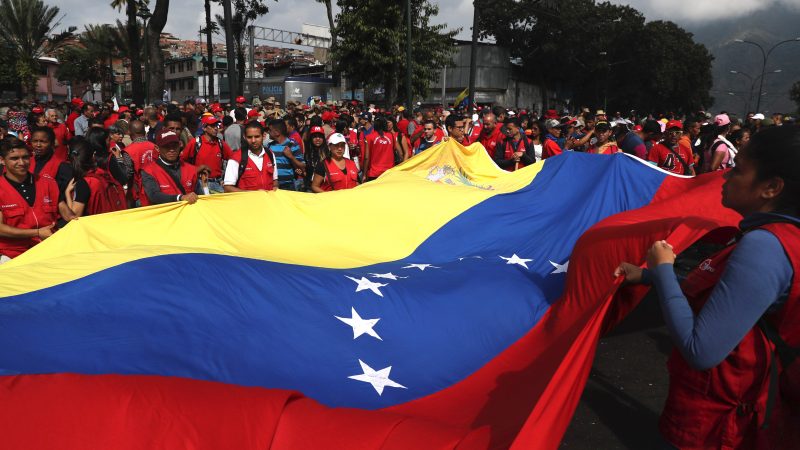 Venezuela's self-proclaimed president Juan Guaidó called Sunday (27 January) for two new protests, in an effort to push the military to turn against leader Nicolás Maduro and back a European ultimatum demanding free elections within the week.

Russia, Turkey back Venezuela’s Maduro, while West turns up heat

Amid growing pressure by Latin American presidents to recognise the self-proclaimed president of Venezuela, opposition leader Juan Guaidó, the EU is reluctant to follow the steps of the US and instead called on Thursday (24 January) for "free and fair elections”.