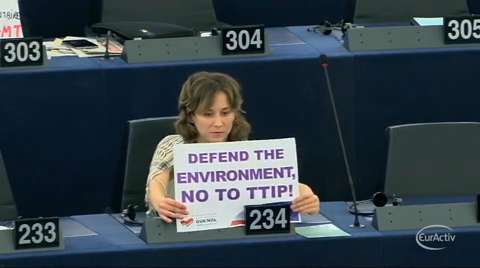 250 protesters were arrested in Brussels on Thursday in the margins of the European Business Summit or EBS, a convention of business and political leaders.
Promoted content 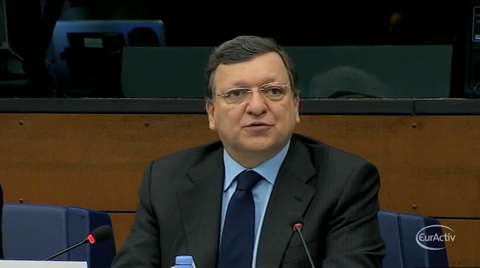 The European Commission adopted a proposal on Tuesday to temporarily remove customs duties on Ukrainian exports to the EU.
Promoted content

As EU Trade Commissioner Karel De Gucht is facing charges for fiscal fraud in Belgium, the European Commission defended on Friday the Commissioner's 'presumption of innocence'. According to the Belgian press, the country's  tax authorities have reportedly asked the Commissioner's family to pay almost 1 million euros in unpaid taxes. But the EU executive said that De Gucht has already told President Jose Manuel Barroso that he did nothing wrong in the case.
Promoted content 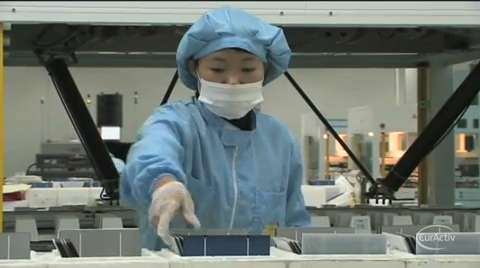 Brussels and Beijing have finally agreed to a minimum price for solar panel imports. After the European Commission accused China of selling its solar panels in Europe at below cost, the EU executive imposed an almost 50% provisional tariff on Chinese solar imports. The EU trade commissioner said on Monday that both sides have reached "an amicable solution".
Promoted content 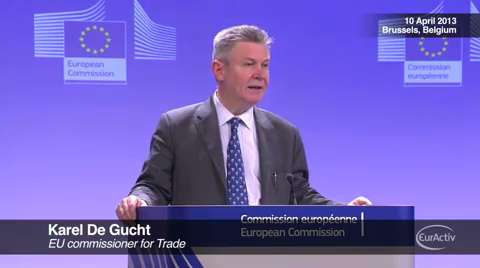 US President Barack Obama has called for talks on a far-reaching free trade deal with the European Union. Delivering his annual 'State of the Union' speech in the US Congress on Tuesday, Obama supported a bilateral agreement that would encompass half the world's economic output.
Promoted content
Global Europe 17-12-2012

Speaking at a press conference in Brussels, trade commissioner Karel De Gucht announced on Monday a free trade deal between the EU and Singapore, a move that should further open the Asian country's markets for financial services and make it easier for European automakers to export there. After the completion of negotiations by the European Commission, member states and the European Parliament need to sign off for the agreement to come into force.
Promoted content
Digital 04-07-2012

After months of intense debate, the European Parliament on Wednesday finally rejected the controversial anti-piracy treaty ACTA. With an outstanding majority of 478 negative votes, MEPs decided that no European member states will be able to join the treaty in its current form. ACTA was first proposed in 2007 to counter the trade of counterfeit good across borders.
Special ReportPromoted content
Digital 22-06-2012

A European Parliament Committee rejected the Anti-Counterfeiting Trade Agreement (ACTA) yesterday (21 June) despite pro-business lobbying by Trade Commissioner Karel De Gucht, who insisted that Parliament should not decide before the European Court of Justice gives its opinion. A final vote in the full Parliament is expected on 4 July.
RSS - Karel De Gucht