Kosovo's newly elected government has removed all trade barriers for goods produced in Serbia, paving the way for a resumption of talks with Belgrade on an agreement that could enable the tiny Balkan country to get United Nations membership.
News 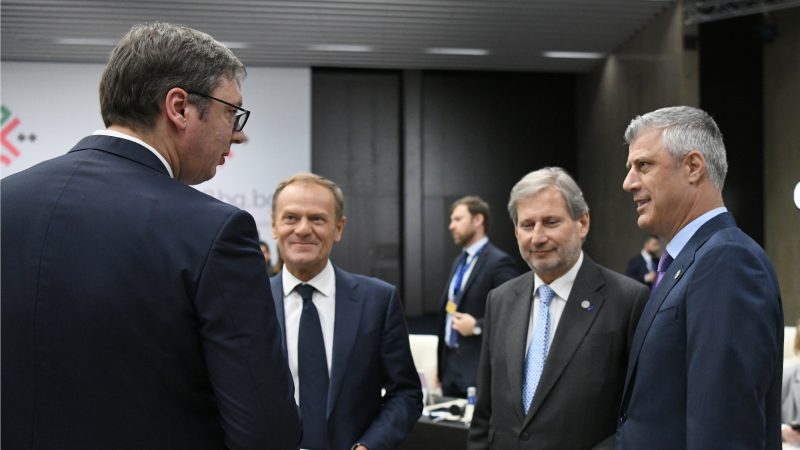 President Aleksandar Vučić hinted Monday (4 March) that Serbia may be willing to recognise Kosovo as a sovereign state, but would require something in return from its former province as part of a broader compromise deal.
Opinion

Kosovo's leaders have got themselves in a serious political crisis. They need to re-set the clock and the agenda of talks with Serbia, write Leke Batalli and Perparim Kryeziu.
News

Kosovo lawmakers vote Friday (14 December) on whether to give the small Balkan country its own army, a US-backed symbolic show of independence that has inflamed tensions with former wartime foe Serbia.
News

As Bulgaria prepares for a Western Balkan summit in May, seen by many as the centrepiece of its EU Council Presidency, Sofia has realised that not all its guests want to sit at the same table.
Read more »»
RSS - Kosovo recognition