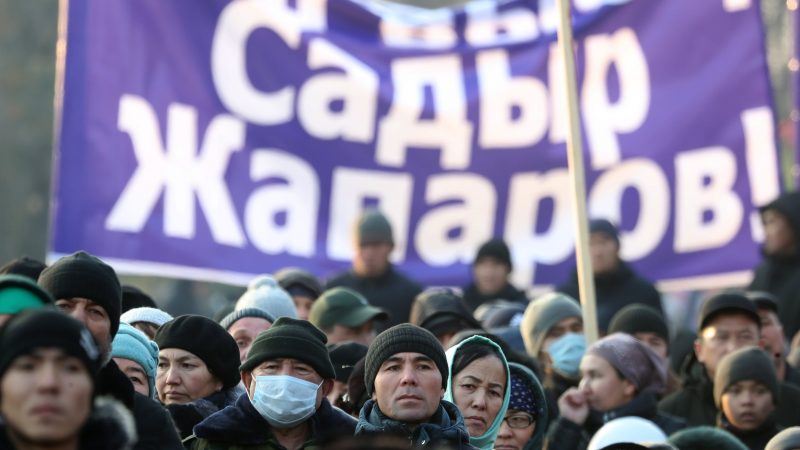 Nationalist politician Sadyr Japarov won a landslide victory on Sunday (10 January) in Kyrgyzstan’s snap presidential election, which was triggered by the collapse of the previous government.
Opinion 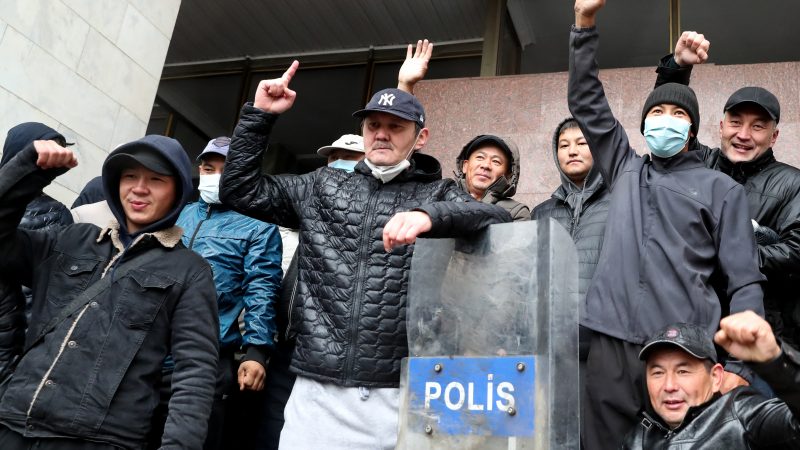 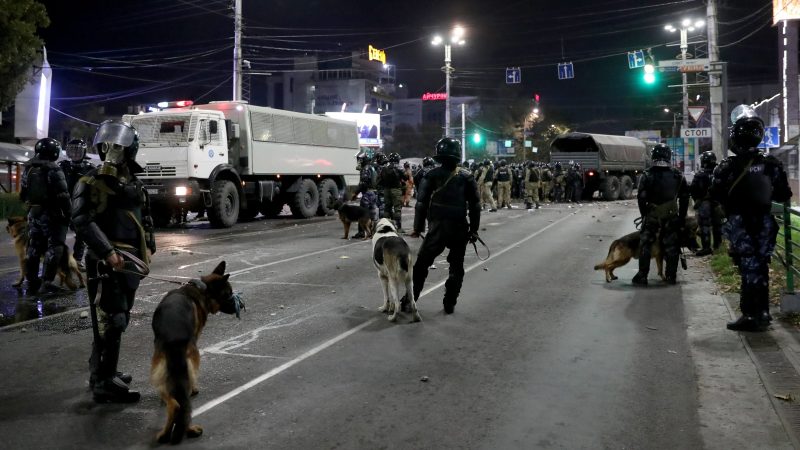 The EU on Tuesday (6 October) said it has “taken note” of the declaration made the same day by the Central Electoral Commission that the results of the elections held on Sunday are not valid.
News

Police in Kyrgyzstan said they were holding four suspects on Tuesday (14 January) over the beating of a journalist known for investigating corruption, an incident that triggered international condemnation.
News

A five-way summit hosted by Uzbekistan’s President Shavket Mirziyoyev took place in the Kuksaroy Palace in Tashkent, the country's capital, on Friday (29 November). The second meeting of Central Asia leaders in as many years focused on geopolitics and stability, but also on environmental concerns.
News

Gathered in Bishkek, the capital of Kyrgyzstan, on Sunday (7 July), the Foreign Ministers of the five Central Asian countries welcomed the new EU Strategy on Central Asia recently adopted by the EU.
Special ReportNews

Two regional summits held in Kyrgyzstan and Tajikistan last week had a common denominator: the support from Russia and China to Iran in the face of US threats after two oil tankers were attacked in the Gulf of Oman.
Special ReportInterview

The experience of the first economic corridor in Central Asia is Almaty-Bishkek, and the second in preparation, Shymkent-Tashkent-Khujand, were highlighted as blueprints for myriads of others to follow, at a debate in Nur-Sultan, the capital of Kazakhstan.
News

Russia and Uzbekistan on Friday (19 October) hailed the construction of an $11 billion nuclear power plant that should help solve an energy deficit in the Central Asian country while binding it tighter to Moscow politically.
News

The leaders of the EU institutions received the new Kyrgyzstan President Sooronbay Jeenbekov on Thursday (12 April) for talks that focused on steadily improving relations between the countries of Central Asia and the negotiation of a new Kyrgyzstan-EU agreement.
News

EU foreign affairs chief Federica Mogherini arrived in the Uzbek capital Tashkent yesterday (26 March) and met with the foreign ministers of the five Central Asian countries, ahead of a conference on Afghanistan under the heading "Peace process, security cooperation and regional connectivity" which takes place today.
Read more »»
RSS - Kyrgyzstan