EU to publish job ads in all languages

By the spring, the European Personnel Selection Office (EPSO) will publish notices regarding its selection procedure in all official EU languages, instead of just French, German and English. EURACTIV Italy reports.

The 2015 edition of the European Commission-promoted Juvenes Translatores competition will focus on the European Year of Development. EURACTIV Italy reports.

Ninety four percent of upper secondary students learn English as a foreign language, according to new data published by Eurostat yesterday (26 September) to coincide with the European Day for Languages.

Protesters wielding hammers have torn down bilingual signs in Serbian Cyrillic that were installed on official buildings in the Croat city of Vukovar, in a spate of tension recalling the 1990s Yugoslav war.

EXCLUSIVE / A EURACTIV survey of French EU professionals in Brussels, published ahead of Bastille Day, shows that an overwhelming 60% of respondents believe their country’s influence in Europe has declined since the financial and economic crisis swept the continent in 2008.
Languages & Culture 19-06-2013

Angela Merkel's conservatives want to increase the use of German in Europe if they are re-elected in September, calling in their campaign programme for the language to be treated on a par with English and French in top Brussels institutions.

With the decline of French language in EU institutions now accepted by most as irreversible, French lawmakers and officials have started pushing a more assertive approach, based on the promotion of multilingualism and influence rather than language issues only.
Languages & Culture 22-04-2013

INTERVIEW / Just as the EU legislates to protect migrating birds and wildlife habitats, it should also protect its 120 or so endangered languages, argues François Alfonsi, a Corsican MEP who has prepared a parliamentary report that could name and shame European wrongdoers.
Languages & Culture 28-11-2012

Although the English language plays a central role in today's international business environment, workers in many countries are still struggling with basic communication skills, according to a new report.

Catalonia may be home to Spain’s second city, Barcelona, and one of its most prestigious football clubs, but there is evidence that support for pro-independence parties is on the rise ahead of regional parliamentary elections on 25 November.
Languages & Culture 07-11-2012

Internationalised domain names (IDNs), which are seen as an essential building block for creating a multilingual internet, are growing in number, according to a new report.
Languages & Culture 27-09-2012

Speaking in tribute to the European day of languages on Wednesday (26 September), Commissioner Androulla Vassiliou said it was a time to “celebrate” multilingualism in all its forms, but that immigrants must learn the language of their “host” country.

The European Commission has tried to respond to grumbling in the French press about the preferential use of English in EU institutions, saying it is doing its best to maintain multilingualism in the face of budget constraints.

Demand for French classes on the rise in EU circles

Despite the continued dominance of English as a working language, demand for French classes in Brussels has increased, notably among EU staff and accredited diplomats and journalists, says Thierry Lagnau, director of the 'Alliance Française Bruxelles-Europe'.
Special Report
Languages & Culture 30-11-2011

Although the English language continues to dominate the Internet, the rise of global economic powerhouses like China and Russia has seen a surge in what used to be considered second-tier languages, a Brussels conference heard last week. Meanwhile, the UN predicts that half of the world's 6,000 languages will become extinct by the end of the century.
Special Report

EU to back job mobility with language classes

The European Commission's language learning schemes are set for a multi-million-euro funding boost under the upcoming 'Erasmus for All' programme due to be unveiled today (23 November).
Languages & Culture 27-09-2011

Pupils across the EU are overwhelmingly studying English as a second language, 82% of these at primary and lower-secondary level, and 95% at upper-secondary level, a Eurostat survey published  yesterday (26 September) on the occasion of the tenth European Day of Languages.

By the end of 2012, the EU will have an online observatory for multilingualism, which will document best practice in implementing language policies and showcase concrete tools for solving everyday communication problems. Uwe Mohr, head of the EU project 'Poliglotti4.eu', spoke to EURACTIV in an interview.

Companies that learn the language of the countries they do business with will thrive in the future, making it easier to build trust relationships and helping them to understand how people think, according to Martin Hope, head of an EU project called 'Language Rich Europe'. He spoke to EURACTIV in an interview. 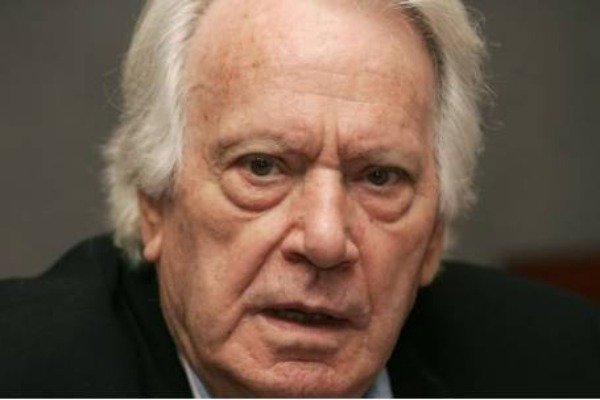 European political leaders are paying tribute to Jorge Semprún, a Spanish prize-winning and politically committed novelist, a French Resistance fighter, a concentration camp survivor and former culture minister in post-Franco Spain, who passed away late on Tuesday at the age of 87.
Languages & Culture 31-05-2011

Italy and Spain yesterday (30 May) lodged a complaint with the European Court of Justice against attempts by other member states to introduce an EU patent without them.
Read more »»
RSS - languages