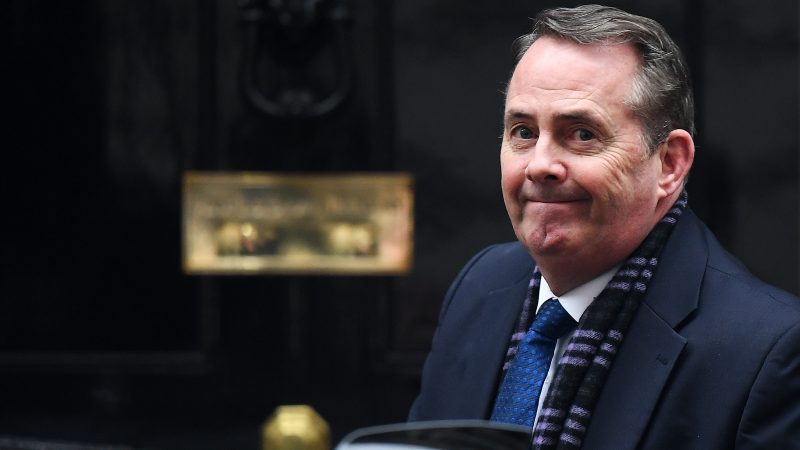 The UK government has admitted that it will fail to roll over all trade treaties involving the European Union and third countries by 29 March, with international trade secretary Liam Fox confirming that negotiations with some countries have now been prioritised over others.
News

Britain and Switzerland will sign an agreement on Monday (11 February) to continue trading on preferential terms after Brexit, the British trade department said, protecting a trade relationship worth 32 billion pounds (€36.5 billion).
News

British Prime Minister Theresa May said on Sunday (3 February) she would seek a "pragmatic solution" to a parliamentary impasse over the terms on which Britain leaves the European Union when she tries to reopen talks with Brussels.
News

Britain's upper house of parliament inflicted an embarrassing defeat on Theresa May's government on Wednesday (18 April), challenging her refusal to remain in a customs union with the EU after Brexit.
Opinion

If there were any faint hopes that the deep cultural and commercial ties between the UK and the US would secure a sweetheart free trade deal for the smaller UK, they are now surely dashed, writes Noah Gordon.
News

Britain's International Trade Secretary Liam Fox will use a speech today (27 February) to criticise staying in a customs union with the EU following Brexit, a day after the opposition Labour Party announced a policy shift in favour of the move.
News 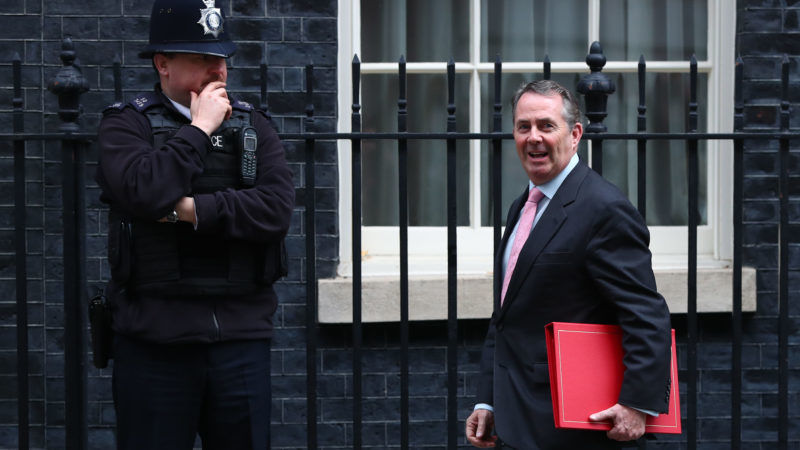 Britain will not resolve the question of the Irish border after Brexit until it has also agreed the outline of a trade deal with the European Union, the country’s International Trade Minister Liam Fox said on Sunday (26 November).
News 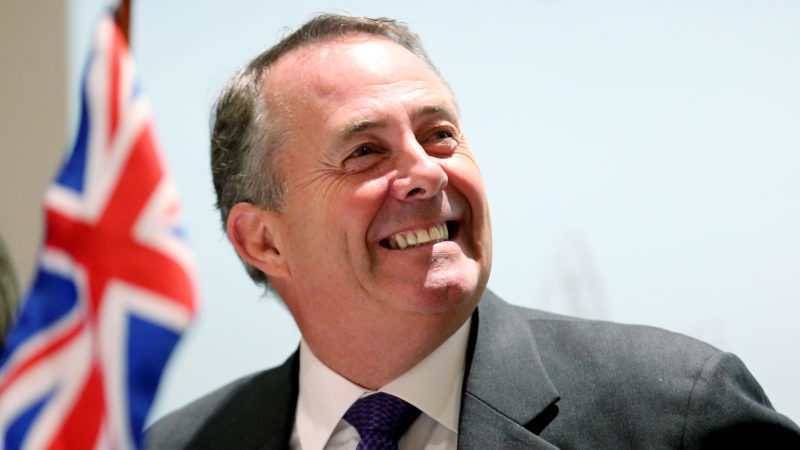 Britain can only come up with a figure for a financial settlement with the European Union when Brexit has been agreed, trade minister Liam Fox said yesterday (22 October), warning leaders not to believe London is bluffing over a no deal.
News

The United Kingsom said it will maintain duty-free access to its markets once it has left the European Union for goods from nearly 50 developing countries including Bangladesh, Sierra Leone and Haiti.
News

Two weeks before the crucial vote on the EU’s free trade deal with Canada (CETA), French Socialist MEPs have called on their European Parliament colleagues to hold a deep debate on the subject. EURACTIV France reports.
News

Scottish First Minister Nicola Sturgeon had given Theresa May until March to come up with a compromise plan for Scotland and Brexit, after the pair met in Cardiff on Monday (30 January).
Interview

EXCLUSIVE / Pakistani Commerce Minister Khurram Dastgir Khan told EURACTIV.com that the UK leaving the EU was a “tremendous loss” for Pakistan’s dealings with Brussels, and that he would like a GSP-Plus deal with post-Brexit Britain.
News

British Foreign Secretary Boris Johnson compared Brexit negotiations to World War Two “punishment beatings” on Wednesday (18 January), just 24 hours after Theresa May had warned about “hyped up media reports making it harder for us to get the right deal for Britain”.
News

Prime Minister Theresa May declared the start of two years of Brexit negotiations today (17 January) with a landmark speech setting out the UK’s 12 priorities, including leaving the single market, a new negotiation on the EU customs union and a parliament vote on any final deal.
News

The resigning UK ambassador to the EU warned colleagues to “speak truth to power” and “challenge muddled thinking”, in an unprecedentedly blunt departing email, it emerged on Tuesday (3 January).
Opinion

Sir Ivan Rogers is not a Foreign Office smoothy, the kind of charming brilliant dip who used to live in the Rue Ducale and out-negotiate the Eurocrats with effortless ease, writes Denis MacShane, reflecting on the sudden departure of the UK's envoy to the EU.
News

The United Kingdom may need a transitional agreement to smooth its exit from the European Union but it should not "buy back" into too many of the bloc's regulations, British trade minister Liam Fox said on Sunday (18 December).
News

The Brief: May struggles to take back control

The British government will start regular briefings for European journalists posted in London in a bid to win the Brexit media war.
News

Britain’s ‘Brexit’ minister headed to Brussels and Strasbourg Monday (21 November), in his first official meetings on the continent since taking up the portfolio after the UK’s June referendum.
News

May in India for post-Brexit trade deal ‘talks’, amid visas squabble

Prime Minister Theresa May is in India – Britain's former colony – for a three-day trip aimed at putting out feelers for a post-Brexit bilateral trade deal.
Read more »»
RSS - Liam Fox