The Dublin regulation, allocating asylum claims to the first port of call on a migrant's journey, is unfit for purpose. The European Parliament has come to a shared position that guarantees fair treatment of refugees and shared responsibility in the EU. Now it's up to member states to do their share, writes Cornelia Ernst. 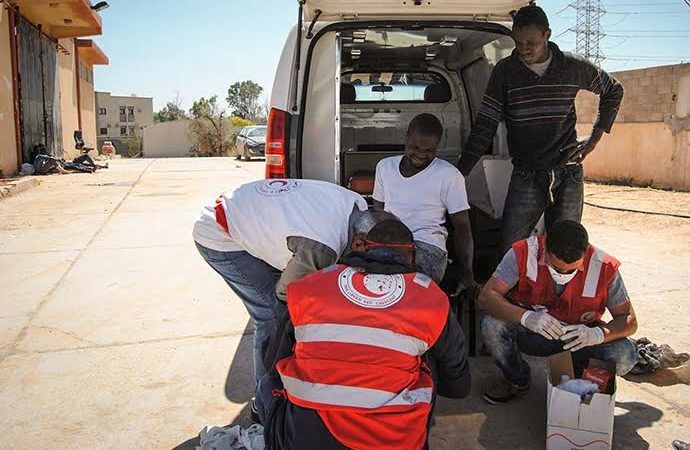 Libya: Human rights at risk of being forgotten in the Mediterranean

EU plans to help Libya police its waters should be welcomed cautiously, but we should not ignore the causes of the migration crisis or the plight of those detained in Libya, writes Magdalena Mughrabi-Talhami.

The EU should use its diplomatic strength to encourage Pakistan to halt its nuclear build-up, for the good of its own citizens and the peace and stability of the region, writes Barbara Matera.

Europe once entrusted Muammar Gaddafi with controlling the amount of people crossing the Mediterranean into Europe - we must ensure the same mistake is not made again with Erdoğan, writes Leopold Traugott.

The EU is planning to act against human traffickers in the Mediterranean. But the plight of refugees can only be relieved when its foreign policy engagement is strengthened, write Ronja Kempin and Ronja Scheler.
Global Europe 16-06-2011

Low defence spending is undermining both Europe's ability to guarantee its own security and relations with the United States, argues Michael Berendt.
Global Europe 21-04-2011

The American world turned upside down

Despite Anglo-French activism in Libya, the European Union's divisions on interventionism mean that the bloc is no substitute for the United States' continued engagement with the world, argues author and expert on international relations Dominique Moïsi.
Global Europe 17-03-2011

The Arab upheavals present a unique opportunity for the EU, if only it can formulate a cohesive foreign policy firmly behind democratic forces, writes Tunne Kelam, an Estonian member of the European Parliament for the centre-right EPP group.
Med & South 16-03-2011

The upheaval in North Africa holds the possibility of a renewal of the Mediterranean Union, if Europe can overcome its obsession with Islamic fundamentalism and the 'Muslim Question', argues Mustapha Tlili of New York University.
Read more »»
RSS - Libya