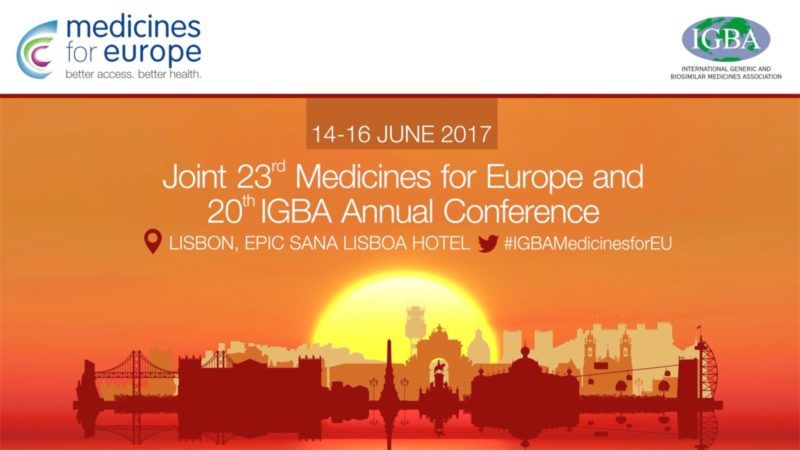 The Joint 23rd Medicines for Europe and 20th IGBA Annual Conference will bring together over 300 experts from the generic and biosimilar sector to provide market trends, innovative commercial strategies, new updates and opportunities for growth for affordable medicines.
News

Cities from Portugal, Sweden and the Former Yugoslav Republic of Macedonia have made it through to become finalists for the European Mobility Award 2016.
News

Lisbon is betting that hosting the Web Summit, Europe's largest tech event, will spur the growth of startups and draw foreign investors, helping it compete with the continent's main innovation hubs.
VideoPromoted content

At the 2014 Congress in Lisbon, Portugal, delegates from across Europe, from ALDE Party member parties and individual members, looked outward and explored the ideological maps of Liberalism to find new ways of taking forward our ideas and values.
VideoPromoted content 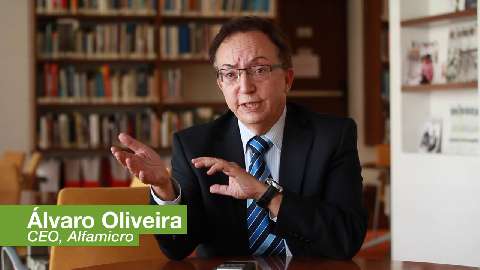 Research shows that cities across the world have lost the sense of neighbourhood and community living that used to make people feel more connected to each other and urban environments happier places to live.
Interview

The Lisbon Treaty leaves scope for 'turf struggles' to take place over the division of power between the new EU president and High Representative for Foreign Affairs but this is less likely given the personalities currently in place, Georg Danell, managing partner at the Brussels office of public affairs firm Kreab Gavin Anderson, told EURACTIV in an interview.
Interview

National parliaments will need to work hard to get to grips with EU legislative proposals quickly and join forces with their counterparts elsewhere in the EU if they are to make the most of the additional scrutiny powers granted to them under the Lisbon Treaty, Caroline Wunnerlich, managing director of Fleishman-Hillard Europe, told EURACTIV in an interview.
Interview

Consultant: ‘Top job’ roles to be defined by personalities

The division of power between the new EU president and High Representative for Foreign Affairs "will be defined by their personalities," Julia Harrison, managing partner at public affairs consultancy Blueprint Partners, told EURACTIV in an interview.
News
Public Affairs 01-12-2009

Today's entry into force of the Lisbon Treaty should help the European Union to become "a real entity on the global stage," Elaine Cruikshanks, CEO of the Brussels arm of public affairs firm Hill & Knowlton, told EURACTIV in an interview.
Interview

Today's entry into force of the Lisbon Treaty should help the European Union to become "a real entity on the global stage," Elaine Cruikshanks, CEO of the Brussels arm of public affairs firm Hill & Knowlton, told EURACTIV in an interview.
Opinion
Future EU 06-04-2009

Can an Irish protocol be added to Croatia’s Accession Agreement?

"There is unlikely to be anyone with locus standi who would challenge non-compliance with Community law [in the European Court of Justice]" on the Irish protocol issue, writes Stanley Crossick, the founder of the European Policy Centre and a commentator on EU policies, on his blog.
Opinion
Future EU 24-11-2008

Ireland's rejection of the Lisbon Treaty this summer "endangers the national interest as defined for the past half century," according to a November paper from the Dublin-based Institute of International and European Affairs (IIEA).
Opinion
Future EU 10-11-2008

The only viable option for the Irish government to resolve the Lisbon Treaty crisis is "to hold a second referendum on the substantive question of whether or not Ireland remains a member state of the EU," writes John O'Brennan, a lecturer on European politics and society at the National University of Ireland, in an October paper for the Centre for European Policy Studies (CEPS).
Policy Brief
Innovation & Industry 25-07-2008

Growth and Jobs: Relaunch of the Lisbon strategy

On 22-23 March 2005, the Spring Council discussed the Commission's mid-term review of the Lisbon strategy for economic, social and environmental renewal. More focus on growth and employment, simplification and national ownership via national action plans are the key elements to relaunch the Lisbon reforms agenda.
Opinion
EU Priorities 2020 09-04-2008

National communication plans on Europe tend to see the EU as a problem, implying that "how to communicate" dominates "what to communicate," write Judith Merkies and Marcel Canoy of the European Commission. Instead, we'd better accept Europe as a fact of life, they argue.
Opinion
Future EU 03-03-2008

Romania has ratified the Treaty of Lisbon by parliamentary vote after a huge majority of MPs approved the text yesterday (4 February). Meanwhile, France's parliament approved a constitutional amendment necessary to begin the ratification process of the treaty itself.
News

Slovenia and Malta have become the latest countries to ratify the new EU Treaty agreed upon by EU leaders in December last year.
Interview

Changing demographics will have a wide-ranging impact on income, pensions and healthcare in years to come, former BEUC director Jim Murray told EURACTIV in an exclusive interview. Reflecting upon almost twenty years as head of the European consumers' organisation, Murray highlighted digital rights, nanotechnology and GM technology as the predominant issues to emerge during his tenure.
Opinion
Future EU 11-12-2007

Treaty of Lisbon ‘must not fail’

The Treaty of Lisbon represents the abandonment of the "constitutional concept" whereby the current EU treaties would have been replaced by a single text, writes Marianne Dony for the Université Libre de Bruxelles (ULB).
News

EU overtakes US in productivity growth

For the first time since 2001, the EU has outstripped the US in productivity growth, according to a recent competitiveness report from the European Commission that sees Europe 'on a growth path'.
Opinion
Innovation & Industry 02-10-2007

The Lisbon Strategy: the European route to globalisation

The Lisbon Strategy is a challenge for both France and Europe. In France, new presidential and parliamentary cycles are favourable to economic and social reform, argue Yves Bertoncini and Vanessa Wisnia-Weill in this publication from the Robert Schuman Foundation, released in September 2007.
News
Social Europe & Jobs 04-01-2007

A recent study by a migration NGO has stirred up the debate on the economic effects of labour migration from eastern Europe suggesting that gains were only marginal. But the UK government and industry federations disagree with the finding.
News
Public Affairs 13-10-2006