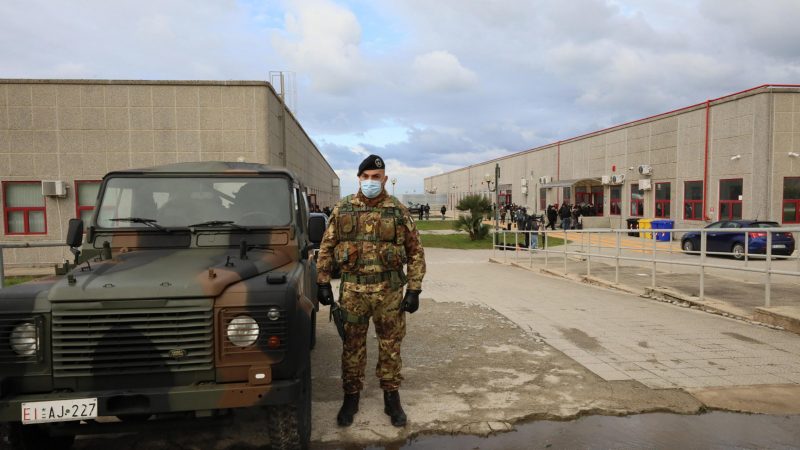 One of Italy’s largest-ever mafia trials kicked off on Wednesday (13 January), with more than 320 suspected mobsters and their associates facing an array of charges, including extortion, drug trafficking and theft.
News

Cyprus said on Tuesday (13 October) it will scrap its controversial "golden passports" scheme for foreign investors next month over alleged abuses uncovered in a television programme.
Opinion

Peacocks may not be the first thing visitors expect to see at a cement plant. But a factory in the Romanian town of Fieni has built a spacious aviary for the birds in a bid to convince the public of its environmental credentials.
Opinion

Italian police arrested 94 people in pre-dawn raids on Wednesday (15 January) as part of an investigation into an alleged Mafia scam that defrauded European Union agriculture funds of millions of euros. Prosecutors said they believed the fraud was orchestrated...
News

Reporters Without Borders published their flagship annual ‘World Press Freedom Index’ on Thursday (18 April), revealing that worldwide, authoritarian regimes continue to tighten their grip on the media, while in Europe, decline of press freedom goes hand in hand with...
News

The European Commission will warn that schemes in EU states to sell citizenship or residence to wealthy individuals could help foreign organised crime groups infiltrate the bloc and increase the risk of money laundering, corruption and tax evasion.
News

An award-winning investigative reporter was sentenced to 1.5 years in prison in Montenegro on drug trafficking charges on Tuesday (15 January), in a ruling slammed by media watchdog RSF as a "disturbing set-back" for press freedom.
News

Bulgarian minister Temenuzhka Petkova has said her country preferred paying a multi-million euro fine rather than follow a Commission injunction. Such a reform, in her words, would have threatened the country's national security. EURACTIV checked the facts.
Read more »»
RSS - mafia