Malta Prime Minister Joseph Muscat swept back into power Sunday (4 June) after voters shrugged off corruption allegations against a Labour Party government which has presided over a booming economy. With counting almost completed after Saturday’s early vote, Muscat, 43,...

Maltese voters head to the polls tomorrow (3 June) to deliver their verdict on a government hit by corruption allegations linked to the Panama Papers scandal, but fortified by a booming economy. 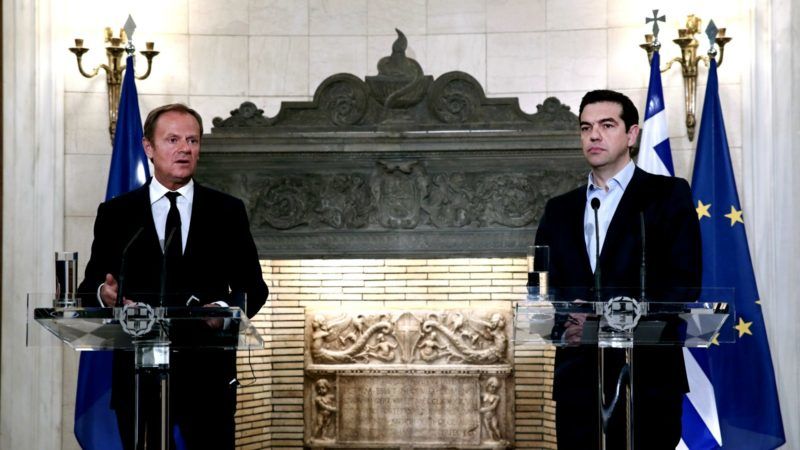 Greece and its international lenders remained at odds in talks to release fresh bailout loans to Athens today (5 April) as Prime Minister Alexis Tsipras said a deal was needed this week and accused creditors of 'playing games' and causing delays.

And so to Valletta, where today it’s a sunny 18 degrees, the sky is aqua blue, and the Mediterranean is blood red. Not literally, of course. But 4,600 migrants died in its tranquil waters in 2016

Libya’s western-backed prime minister has complained that his country is only receiving “very small amounts” from the EU, ahead of a key summit on the central Mediterranean migration route on Friday (3 February) in Malta.
Read more »»
RSS - Malta presidency