Vesselin Mareshki gained international prominence when French far-right leader Marine le Pen chose him as her political ally in Bulgaria. But things started to go wrong when Mareshki lost the European elections in May. Now, judges have recognised him as the mastermind of a cross-border network of medicine traffickers.

French far-right opposition leader Marine Le Pen waded into controversy over the appointment of an EU Commissioner for "protecting the European way of life", endorsing a move that has stoked concern about rising populism across the continent.

Brexit is set to change the shape of the new European Parliament, as seats will be redistributed among the remaining 27 member states in November if the current deadline is respected. Here are some of the winners and losers.

Support in France has risen for both Marine Le Pen’s far-right party and President Emmanuel Macron’s candidates three days before voting in the European parliament elections, an opinion poll showed.

All remaining ministers from Austria's far-right Freedom Party (FPÖ) are to resign, a party spokesman said Monday (20 May), after one of them, Interior Minister Herbert Kickl, was fired in the fallout from a corruption scandal that has brought down the government.

Political tensions soared in France Sunday (19 May) a week ahead of tightly-contested European elections, with the ruling party of President Emmanuel Macron expressing unease over the presence of Donald Trump's controversial ex-strategist Steve Bannon.

The "white supremacist" views held by some Parliamentarians do not represent the views of the Estonian people, President Kersti Kaljulaid insisted on Wednesday (15 May) after populist MPs were pictured alongside France's far-right leader Marine Le Pen. 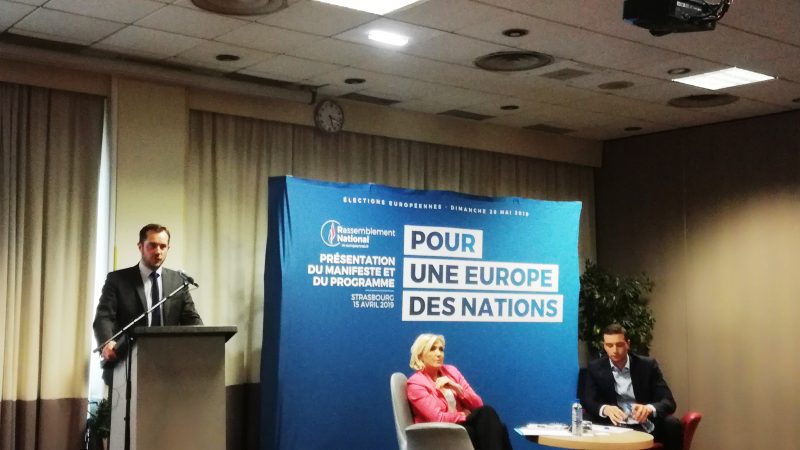 Le Pen's party is no longer making calls to exit the EU or abandon the euro. Instead, the party is attempting to renew itself with a nationalist but locally anchored narrative. EURACTIV France reports.

A critical mass is likely to be reached within days to put the expulsion of Viktor Orbán’s Fidesz party from the centre-right European Peoples Party (EPP) to a vote. The decision could be taken ahead of a crucial meeting on 20 March.
Read more »»
RSS - Marine Le Pen