The Commission published today (4 April) an updated list of its Special Advisers, which have been appointed from 1 April 2017 until 31 March 2018, featuring seven new names.
News

The economic crisis in the EU was caused by the two “most revered parents” of the euro, Germany and France, which in 2003 did not comply with the stability pact, Mario Monti said today (3 March).
Interview

Instead of punishing member states that refuse to accept refugees, there could be improved compensation for those that accept refugees and manage their resettlement, Dr. Giacomo Benedetto told EURACTIV Slovakia in a wide-ranging interview.
Interview

The ‘Monti group’ will propose new ways of budgeting for the post-2020 period on Thursday (12 January), challenging the principle of ‘juste retour’, and looking at the opportunities of abandoning the UK rebate, according to a draft report seen by EURACTIV.com.
News

The Green/EFA group stole the show ahead of the announcement of the results of the work of the “Monti group” on own resources for the future EU budget, by tabling an alternative report focusing on “green own resources”.
News

Barack Obama praised Matteo Renzi in a newspaper interview yesterday (18 October), endorsing the under-fire Italian Prime Minister's reform agenda ahead of his state visit to Washington and a referendum that will define his political legacy.
News

Pan-European tax on the table after Brexit

Delegates from around the EU met in Brussels last week to discuss the possibilities for budget reform, an issue previously blocked by the United Kingdom. EURACTIV France reports.
News

As tensions with the European Union continued, Italian Prime Minister Matteo Renzi has decided to change his top representative in Brussels.
News

EU leaders should avoid horse trading over the budget. Such chaotic negotiating damages the image of the European Union, said Mario Monti, in an interview with EURACTIV Italy.
News

EU experts have presented a very cautious set of initial conclusions on the reform of the EU budget's "own resources", ruling away controversial plans to introduce an EU-wide tax. EURACTIV France reports.
News 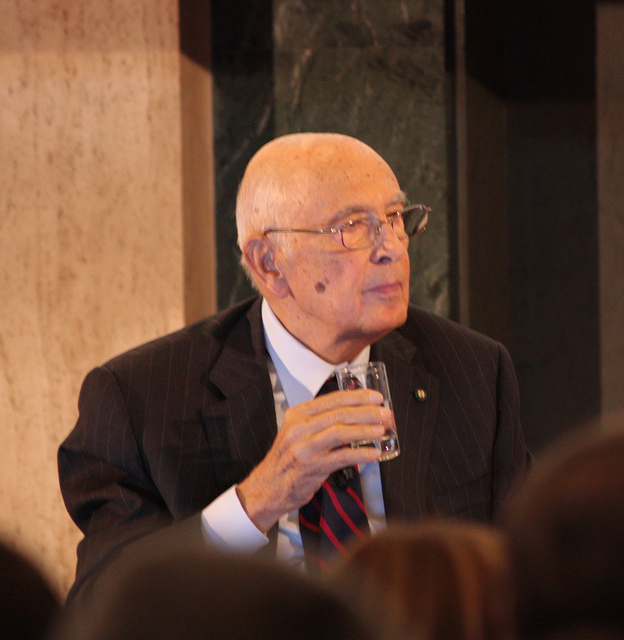 Giorgio Napolitano, Italy's 89-year-old president who helped to guarantee the country's political stability during a period of upheaval, hinted on Tuesday he might retire early next year.
News

Italy is emerging from the EU elections as a key player in the European Union, says former Italian Prime Minister Mario Monti. Although Eurosceptic populists' proposed solutions are systematically wrong, a 'bone of truth' lies within the populists' criticisms of of Europe .
VideoPromoted content

European Commission President Jose Manuel Barroso, European Parliament President Martin Schulz and Greek Prime Minister Antonis Samaras kicked off the European Parliament's 'own resources' group on Tuesday in Strasbourg. Chaired by former prime minister of Italy, Mario Monti, the High level he group has been tasked with studying the current system of income to the EU budget and suggesting possible improvements to it, as agreed by the institutions during negotiations on the EU's seven-year budget.
News 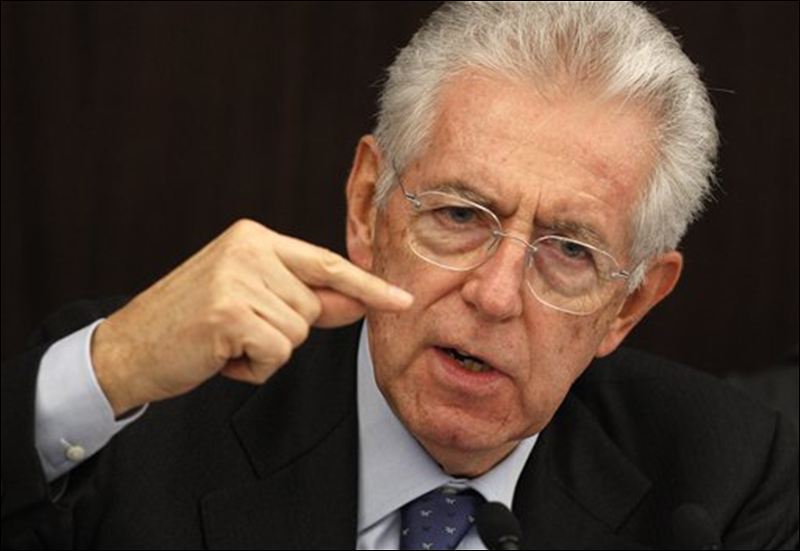 The best way to pass the difficult reforms that many EU countries need is to install a grand coalition such as the one that helped save Italy from economic disaster, former Italian Prime Minister Mario Monti said at a public event on Friday (11 October).
News
Elections 30-04-2013

Italy's new Prime Minister Enrico Letta won his first vote of confidence in parliament on Monday (29 April), after promising to press for a change to the European Union's focus on austerity and pursue economic growth and jobs.
News

Italian crisis ‘not over yet’, Barroso warns