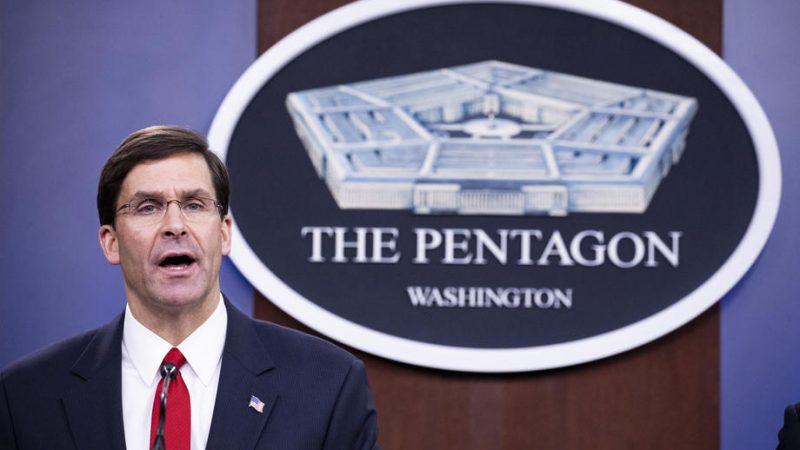 US Defense Secretary Mark Esper outlined plans on Wednesday (29 July) to take thousands of US troops out of Germany by shifting some of the forces to Italy and Belgium, ending weeks of uncertainty over US troop withdrawal strategy in Europe.
News

US Defense Secretary Mark Esper said on Monday (16 December) that he needed to speak with his Turkish counterpart to understand how serious President Recep Tayyip Erdoğan was when he said he could shut down the Incirlik air base, which hosts US nuclear warheads.
News

Turkey’s recent behaviour "has put us all in a terrible situation", US Defence Secretary Mark Esper said in Brussels on Thursday. He said Ankara's "unwarranted" invasion into Syria jeopardised the security gains made as the US-led coalition and allied Kurdish forces battled the Islamic State (IS) in the area in recent years.
News

NATO defence ministers met on Wednesday (26 June) to discuss strategies against the threat of new Russian missile systems, as the landmark nuclear arms control treaty against land-based nuclear warheads is due to collapse next month.
Opinion
Digital 11-12-2009

Preservation of IP: One of Many Goals in Copenhagen

As they attempt to construe solutions that will halt global warming, heads of state and government should resist the temptation to attack the legislation in place on intellectual property, writes Mark Esper, executive vice-president of the US Chamber's Global Intellectual Property Center, in a December post.
RSS - Mark Esper