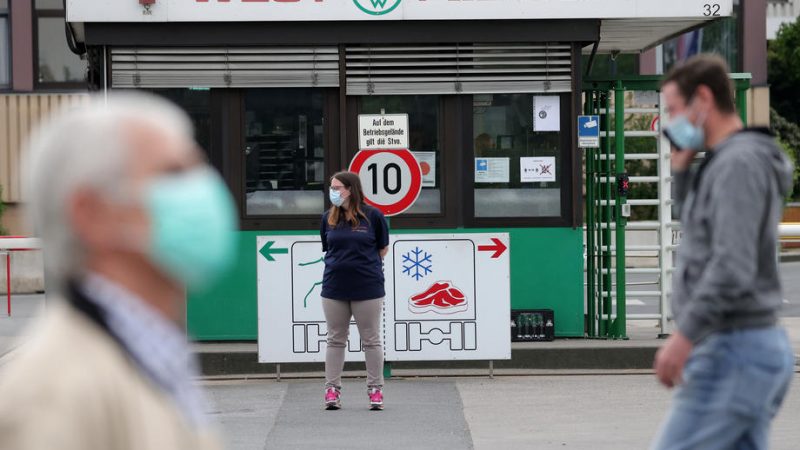 Many employees in slaughterhouses are ill with COVID-19 because they work and live closely together. The abuses in the industry have been known for years, but little has changed. EURACTIV Germany reports.
News

A group of concerned investors has examined the sustainability of the world's largest fattening farms and dairy factories that supply the global food industry. And the results aren't mouth-watering, EURACTIV Germany reports.
Interview

In an interview with EURACTIV Germany, Dr Ludger Breloh, the managing director of the egg breeding company Seleggt Gmbh, spoke about Germany's recent decision to allow the mass killings of young male chickens and how his company's Seleggt process could be used as a bridging technology until more commercially viable methods are found.
News

The European Commission will send a team of inspectors to Poland on Monday after a TV report showed sick cows being butchered for food in a Polish slaughterhouse.
News

European tastes are changing and so must farms, therefore we need to support a transition away from industrial animal farming, writes Alexandra Clark.
News

A number of major retailers and meat producers see the idea of a legally binding label on meat in positive light, according to a Greenpeace survey published on 27 March.
News

Britain’s agriculture industry must work to “incentivise the implementation of research and development” if it is to compete globally after Brexit, farming leaders told a EURACTIV roundtable in Westminster on Tuesday (16 January).
Opinion

The European Parliament on Tuesday (14 March) urged Brussels to help improve the lives of 340 million rabbits raised for food in Europe every year, mainly in cramped cages.
News

South Africa's poultry industry says it is on the brink of collapse due to hotly-denied accusations that the European Union is dumping cheap chicken in the country in a dispute over free trade.
Opinion

The contribution of animal-source foods to global warming cannot be ignored. But encouraging everyone to become vegetarian or even vegan can’t be the silver bullet solution envisioned by some, argues Polly Ericksen.
Opinion

Ever since he took office, Agriculture Commissioner Phil Hogan has promoted the interests of the livestock sector while ignoring health warnings and environmental concerns over meat consumption, writes Olga Kikou.
Infographic

In 2012, agriculture was responsible for over 10% of total greenhouse gas emissions in the EU. Meat production is a significant factor.
RSS - meat production