While trade wars threaten across the Atlantic, enhanced economic cooperation could be the key to stability in the EU’s southern neighbourhood.
Opinion 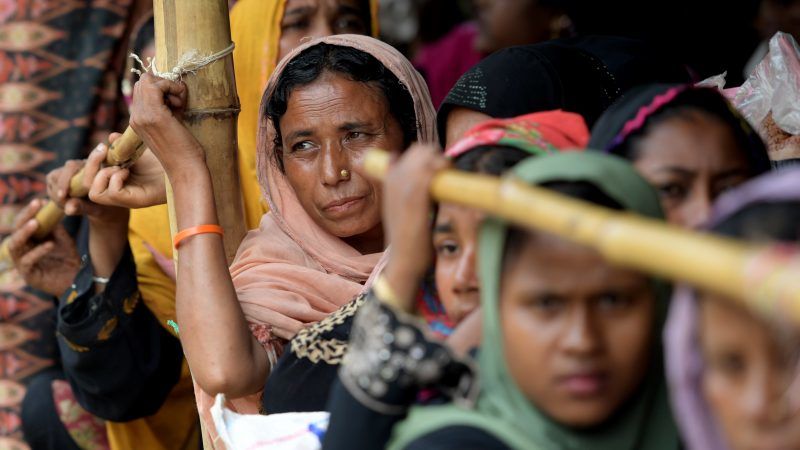 More people than ever are on the move, globally. This raises the need for courageous European leadership and broad-based support from the media to “depoliticise” refugees and migrants and to free public opinion from irrational fear, writes Idriss Jazairy.
Opinion
Global Europe 28-02-2012

One year after the Arab Spring, Europe's obligation is to promote dialogue in order to affirm its core values and assist those countries' struggle for democratisation, writes Tomi Huhtanen from the Centre for European Studies.
Opinion
Cities & regions 21-09-2011

From Neighbourhood to the World

It is time for EU-Turkey relations to be 'reset' following recent tensions,says Javier Solana. He goes on to argue that Turkish accession to the EU would enable Europe 'to become an active global player, rather than a museum'.
Opinion
Global Europe 09-06-2011

Tom Spencer analyses in depth the background and context of the Arab revolutions, the European Union's "flabby diplomacy" and the repercussions these developments will have on the EU's political leaders, arguing that these could even prematurely end Catherine Ashton's term as the bloc's foreign affairs chief.
Opinion
Europe's East 20-05-2011

Democratisation in the neighbourhood: noble declarations and unavoidable dilemmas

Katarzyna Pe?czy?ska-Na??cz analyzes the unavoidable dilemmas that prevent the EU from consistently applying its democratic values in its relations with its neighbourhood.
Opinion
Global Europe 04-04-2011

While the energy price increases triggered by the the Arab revolutions appear to have strengthened Russia in its relations with the European Union, never before has Moscow been so vulnerable to the EU's demands on human rights and the rule of law, writes Eugenia Vesanto of the EU-Russia Centre.
Opinion
Med & South 04-04-2011

Beyond the immediate joy of the revolutions in the Middle East and North Africa, it is far from certain what their ultimate outcome will be, including potentially further instability if not civil war. Democracy will not come easily or quickly by virtue of elections alone, but rather through the slow and steady development of political parties, civil society and interest groups, write UK Conservative MEP Nirj Deva and Samantha Feinstein in an exclusive op-ed for EURACTIV.
Opinion
Med & South 16-03-2011

The upheaval in North Africa holds the possibility of a renewal of the Mediterranean Union, if Europe can overcome its obsession with Islamic fundamentalism and the 'Muslim Question', argues Mustapha Tlili of New York University.
Opinion
Med & South 28-02-2011

The significant participation of women in the unrest in the Middle East and North Africa challenges both local dictators and Western stereotypes, writes author and social critic Naomi Wolf.
RSS - MENA