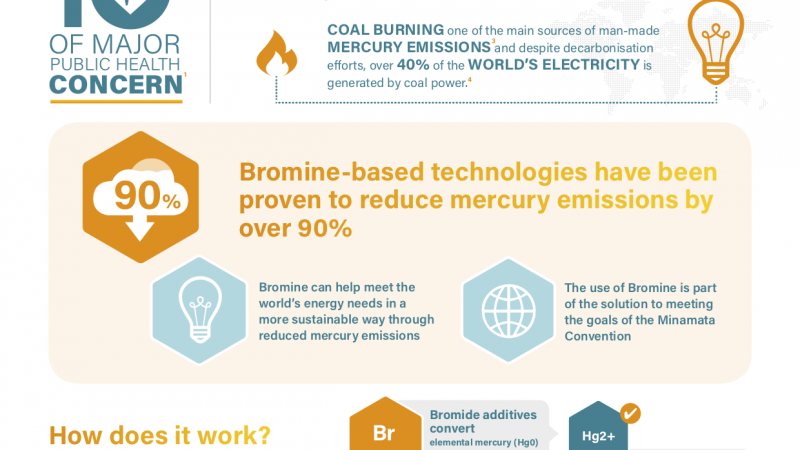 The role of Bromine in Reducing Mercury Emissions

Mercury is considered by the World Health Organisation as one of the top ten chemicals or groups of chemicals of major public health concern.
VideoPromoted content 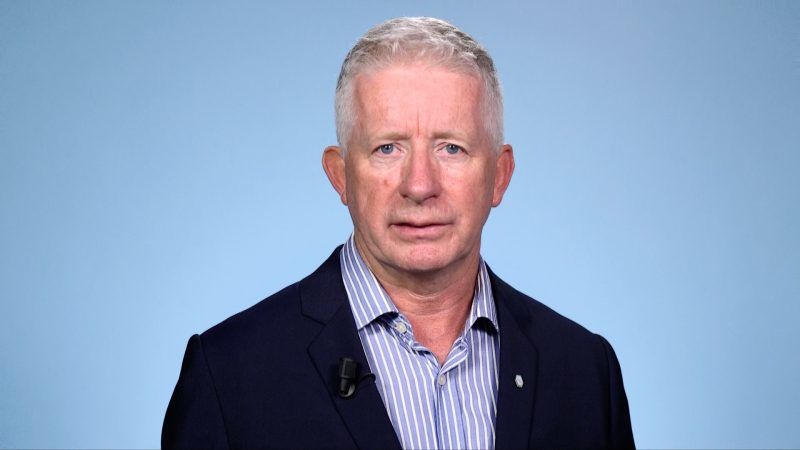 The importance of Bromine in reducing Mercury emissions

40% of the EU’s surface water bodies are contaminated with levels of mercury, endangering birds and marine mammals. An article by our partner, the Journal de l’Environnement.
News 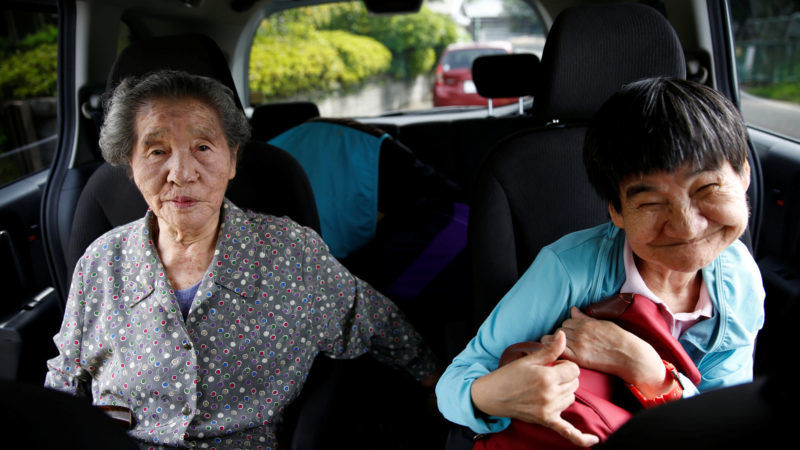 A new study has revealed that mercury pollution is more widespread across the world than previously thought, even among high-level ministers and delegates, as a new UN treaty struggles to get to grips with what experts call "an immediate threat to everyone".
News

Mercury mining has skyrocketed in the last five years, according to a new UN report, despite efforts to reduce supply.
News

The European Commission has hailed a UN agreement that will establish the first global treaty to cut mercury pollution. Specific household items will be blacklisted and new controls on power plants and small-scale mines will be introduced, the United Nations said on Saturday (19 January).
News
Trade & Society 23-02-2009

Thanks to a dramatic shift in the position of the United States, environmental ministers from over 140 countries agreed to begin negotiating a treaty to control global mercury pollution last week at a meeting of the UN Governing Council in Nairobi, Kenya.
News
Trade & Society 26-09-2008

EU Ministers in the Competitiveness Council yesterday (25 September) adopted a regulation banning all exports of mercury from the EU in 2011, wrapping up a key part of a European strategy to limit emissions of the toxic heavy metal into the environment.
News

In a move broadly acclaimed by health and environmental groups, the European Parliament voted yesterday to back a compromise deal to ban all mercury exports from the EU in 2011 and improve the safety of surplus storage.
News

The European Parliament's environment committee voted on Wednesday (26 March) to ban all imports and exports of mercury in the EU by 2010, reinstating earlier demands which had already been rejected by member states in June last year.
News
Climate change 11-07-2007

The European Parliament has endorsed a proposed ban on the sale of mercury-containing devices for domestic use, such as thermometers, by 2010. Antique instruments and mercury-containing blood pressure devices used by medical professionals will be exempt.
News
Climate change 29-06-2007

Remaining largely faithful to the Commission's original proposals, on 28 June 2007 EU environment ministers reached political agreement on substances in EU surface waters and on the issue of mercury storage and export restrictions, putting them on a collision course with Parliament, which had called for stricter EU standards.
News
Trade & Society 21-06-2007

By a large majority of MEPs - 673 votes in favour - the European Parliament has voted to ban EU exports and imports of mercury, starting in 2010.
News
Climate change 07-06-2007

Parliament's Environment Committee, on 5 June, voted to reject a permament exemption for mercury-containing barometers and other measuring devices from a wider ban on the substance in the EU. The vote signals the likely approval of the text by the EP plenary and the Council.
News
Climate change 15-01-2007

Health and environmental NGOs are calling on the EU to show leadership to control environmental mercury pollution.
News
Climate change 15-11-2006

Parliament heats up over mercury ban

The European Parliament has backed a draft directive banning mercury in thermometers and other measuring devices. But a derogation for barometers won by the British Conservatives has infuriated environmental NGOs.
News
Climate change 27-10-2006

Environmental and health NGOs have welcomed a Commission proposal to ban EU exports of mercury but were disappointed that the ban would not include mercury compounds.
News
Health 15-09-2006

The European Parliament has backed a Commission strategy to control mercury pollution, calling for a ban on all exports by 2010.
News
Climate change 22-02-2006

The European Commission has proposed to ban mercury in household thermometers in order to stop the toxic compound ending up in landfills and posing a threat to humans, wildlife and ecosystems.
News
Climate change 27-06-2005

Mercury exports will be phased out by 2011 at the latest, leading eventually to a definitive ban, EU environment ministers have agreed on 24 June.
News
Climate change 01-02-2005

The EU intends to address global mercury pollution by setting the example through a comprehensive strategy against mercury pollution. European exports of mercury will be phased out by 2011.
News
Climate change 21-04-2004