Bulgarian opposition parties exposed on Tuesday (12 December) what they see as an attempt to silence and close down media considered unfriendly to the government of Boyko Borissov. Bulgaria will take over the rotating Presidency of the Council of the EU from 1 January.
News

Sofia will hold a conference call with the European Commission today (28 April) to make known its positions concerning a proposal to end a five-year antitrust case with Gazprom. The Bulgarian press has unveiled some of the country’s concerns.
Interview

The European Commission so far is only aware of general information about the project, and is therefore unable to make conclusive decisions, Commission Vice-President Maroš Šef?ovi? told EURACTIV in an exclusive interview.
Opinion

Gazprom has sent proposals to the European Commission regarding an out-of-court settlement of an antitrust case against the company, the Interfax news agency quoted a company official as saying today (21 September).
News

The European Union will launch a legal attack on Russian gas giant Gazprom this week, ramping up tensions with Moscow, when antitrust agents will accuse it of overcharging buyers in eastern Europe, EU sources told Reuters yesterday (20 April).
News

Competition Commissioner Margrethe Vestager said that despite the Ukraine crisis, she will move forward with the two-and-a half year long probe into Gazprom.
News

Slovakia could seek compensation from the European Union on potential losses from replacing what it says is a shortfall in deliveries requested from its main supplier Russia over the past month, an economy ministry spokeswoman said on Monday.
News 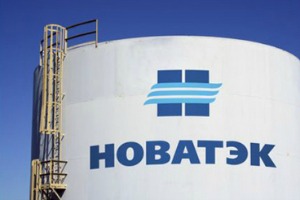 In a compromise aimed at countries like France and Germany, the European Commission on Wednesday (30 January) unveiled its latest plan to integrate rail services, allowing traditional state companies to maintain their hold on railway infrastructure as well as passenger and cargo services.
RSS - monopoly